Research has taught us a lot about bushfire management in recent decades. The challenge now is to continue to learn.

The Ash Wednesday bushfires of 1983 are etched in the national story as deep as Cyclone Tracy and the Newcastle earthquake. With much of southern Australia aflame in 40 degree heat and driving northerly winds most of us in that part of the world have our own personal stories about the day that left 75 people dead and almost 2500 houses destroyed.

As a nation, did we learn from the experience? Of course we did. But that was never going to be enough. Amongst all the recalling of memories of recent weeks it was sometimes forgotten that it is the work of our bushfire scientists over the last two decades, both in the field and in laboratories, that has made the greatest contribution to saving lives and property. 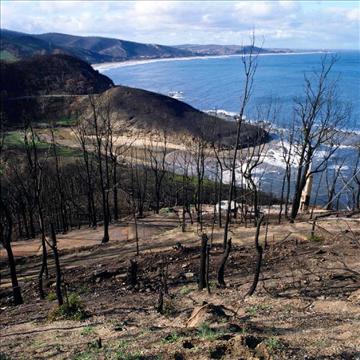 The threat of bushfire is still as real as it was 25 years ago, but our ability as a community to prepare and respond to that threat has changed remarkably. This did not happen incidentally and nor did it happen overnight.

The nation learnt a lot from the large bushfires in south eastern Australia in 1939 about how we equip and organise our fire services and how we better protect our rural communities. Those lessons were learnt from experience – and the lessons continue.

The 1983 Ash Wednesday bushfires also provided a range of experiences to build upon but they also revealed how much we still had to learn. The suddenness, the velocity and the deadliness of those fires added considerable urgency as far as our need to know more about a range of variables such as fire behaviour and fire weather. We needed better guidelines on how to manage the land for both bushfire protection and for its conservation values – were those values competing or complementary? What was the long-term impact of a bushfire on different types of vegetation? How do you get a community ‘fire ready’ when the residents have grown up in urban areas, and when fire occurrence appears to be so ad-hoc?

A rigorous dose of further scientific research was going to be the only way we could tackle these questions in a way appropriate to the late twentieth century. Here are some examples.

A close look at the aftermath of the Ash Wednesday fires, and again later at others, including the Canberra fires of 2003, revealed a lot about how a house actually ignites. Contrary to standard wisdom, the research found that most houses were not simply consumed by the fire front but in fact were more likely to catch fire under ember attack and sometimes ignited an hour or more after the flame front has passed. This revelation has enormous implications, not just for planning laws and building guidelines, but also on how to better prepare people living in bushfire areas for the summer threat.

The materials used in house construction, the design of homes to prevent embers getting into unseen areas, garden layout and design and indeed the type of plants we use in our gardens – even how and where we place a home on a building block; these are all factors that can effect house ‘survivability’ in a bushfire that we know about from scientific research.

For a long time fire agencies have told landowners to make preparations for bushfires but only in the last few decades have we really defined what we mean by that. Research has demonstrated that a properly prepared house, garden and residents are capable of putting up a responsible defence to a bushfire attack. Public campaigns are now quite explicit on how and what to prepare, local hardware stores promote ‘bushfire-ready’ products (such as sprinkler systems and pumps), and building manufacturers promote materials appropriate to bushfire regions. In 1983, with the loss of almost 2500 houses, the principle that “houses save people and people save houses” was not well understood. Today, it is the guiding principle for bushfire survival that continues to be reinforced each spring and summer. As a result of considerable research, backed by anecdotal evidence, we know that most people killed in bushfires are those who flee at the last moment. Australia has become the first country in the world to actively promote the ‘Stay and Defend your Property or Go Early’ approach by residents in fire-prone areas. Similarly, for people caught out in the open, vehicles can provide some protection from potentially deadly radiant heat, and research has led to public guidelines on the optimum ways of surviving a bushfire in a car.

Physiologists have found that a day on the fire-ground, for an average fire-fighter, is equal, in many respects, to the exertion of a high performance athlete. Accordingly, we now know that the occasional sip of water and smoko under a tree are inadequate for proper rest and recovery. What has been learnt from related fields, such as sports science, has been translated to work on the fire-ground. The result – improvements that include a much greater monitoring and maintenance of fire-fighter health and fitness; increasing use of health and fitness tests prior to the employment of paid fire-crew personnel; the provision of special food and sustenance throughout the day while on the fire-line, and fire-line shift planning that is designed to ensure that, whenever possible, only the strongest and most alert crews are on active duty. We’ve all seen TV footage of the Ash Wednesday fires of home-owners in shorts and singlets waving a garden-hose at a bushfire. With the risks posed by ember attack, and more dangerously with the risks posed by radiant heat, no responsible agency would allow its personnel access to the fire-line so attired. In the last 20 years research has led to considerable advances in the quality and utility of ‘personal protective equipment’ issued to fire-fighters (items such as boots, lightweight overalls, gloves, goggles, helmets and smoke masks).

Fighting fires from the air

Australia has been using aircraft to assist with fire fighting since the 1940s. Originally, aircraft were used for reconnaissance, particularly in remote country, where firefighter access was often slow and difficult. As technology improved, and a greater range of aircraft became available, their use and effectiveness in bushfire management grew. These days both fixed-wing and rotary aircraft are widely used by fire, park and forest agencies. Their uses range from reconnaissance (in conjunction with the use of infra-red technology), crew deployment to remoter locations (including the use of rappelling) and fire ‘bombing’ (using water and retardants). Aircraft are not cheap to operate, and their increasing impact on agency budgets increased pressure to develop transparent ways of measuring their effectiveness.

An Australian study of the effectiveness and efficiency of aerial firefighting has had a major impact by confirming that in certain circumstances aircraft can play a vital role in assisting with a fast and early attack on a fire-front, while being less effective as the bushfire takes hold. This is important research that has influenced the sorts and ‘mix’ of aircraft that are contracted each fire season, and the crew training and infrastructure developed to support them.

As we approach summer each year in southern Australia, bushfire agencies must make judgements about what kind of fire season they think will occur (matters like how many aircraft to place on contract, how many seasonal fire-fighters to employ in our parks and forests, what kind of warnings to give to people who live in fire-prone areas, which parts of the State are more likely to burn). In doing this, and in managing each fire season in recent years, bushfire agencies work closely with scientists at the Bureau of Meteorology. Since 2006, scientists at the Bureau and their colleagues in bushfire agencies have together produced a ‘Bushfire Seasonal Outlook’ for the whole of Australia. Individual State-based bushfire agencies are now using this outlook, and their knowledge of the likely situation in adjacent States and Territories, to better inform the decisions they make about their own fire seasons.

Ash Wednesday produced many graphic descriptions on the way the fires raced over the landscape and consumed all in their path. Experienced fire fighters described fire behaviour that they had never seen before. During the 1960s and 70s some very good work was done on modelling fire behaviour in our eucalypt forests and woodlands. The most difficult kinds of fires to model however are those that occur under the most extreme conditions – very dry fuels, high temperatures, strong winds and very low humidity - conditions that occurred on Ash Wednesday. Recent studies of real and experimental bushfires are enabling us to make confident predictions about how a particular fire will develop under variable fuel, terrain and weather conditions. This is a growing area of research and there is still much work to be done but today, unlike in 1983, no Incident Control Team would be without the assistance that predictive models of bushfire behaviour are able to provide it with.

Fire and the environment – more research to be done

Many of our native plants and animals require fire to regenerate or renew their habitats, and many temporarily flourish in the post-fire environment. Conversely, there are species requiring long fire-free intervals to ensure their continued abundance. The science behind the management of fire in our bushland areas (in all its variety of frequencies and intensities), and its exclusion, therefore has a number of consequences. 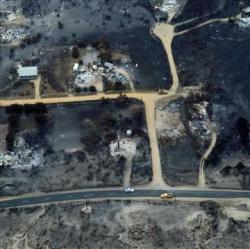 Not all years are the same in terms of fire risk and activity. Widespread bushfire damage can occur in some years such as 1983; while in other years large bushfires are rare. Fire, park and forest management agencies are using research to better understand this variability and its relation to climate. It has direct relevance to how fires will behave in a given area.

The climate change debate is clearly a complex one and, in the context of bushfires, must also be viewed in conjunction with the nature of much of Australia’s native vegetation. Much of this vegetation has a complex evolutionary, and dependent relationship with fire. Fire has been part of these environments for tens of thousands of years and much native flora and fauna remains dependent on it in various ways. Science must continue to assess the implications of a hotter world and an increase in fire.

At the ‘applied science’ level, smoke from bushfires, and more particularly smoke from the use of prescribed fire, is increasingly viewed in some quarters as further adding carbon dioxide, and other greenhouse gases to the atmosphere, and as such further contributing to global warming. As with much of the science associated with climate change however, the story is more complex. New vegetation that establishes following a fire is invariably vigorous, growth-wise, generally ‘locking up’ considerable quantities of carbon. Similarly, any contributions to global warming that might result from prescribed fires must be balanced against the global warming impacts of more frequent and more intense bushfires that will occur in the absence of the strategic use of prescribed fire.

Australia’s fire researchers and its bushfire agencies clearly have much work to do if we are to sufficiently understand the probable impact of climate change on our current level of bushfire risk.

In a country where so much of the landscape burns every year, we still too often regard bushfire as a local issue. From a community fire management perspective that makes sense but in order to gain a deeper understanding of the bushfire threat we must continue to coordinate and support the best national and international scientific minds and cultivate a new generation of inquiring minds dedicated to this issue.

We do this in the medical and other science fields, we are starting to do this for research in climate change and drought, so we now need to keep science at the forefront of our search for a better understanding of bushfires. (This article first appeared in The Australian newspaper on 20 February 2008)