The Victorian bushfires of 7 February 2009 resulted in major loss of life, property, and other assets. The questions and issues that quickly emerged will be the subject of debate, in Australia and internationally, for years to come. 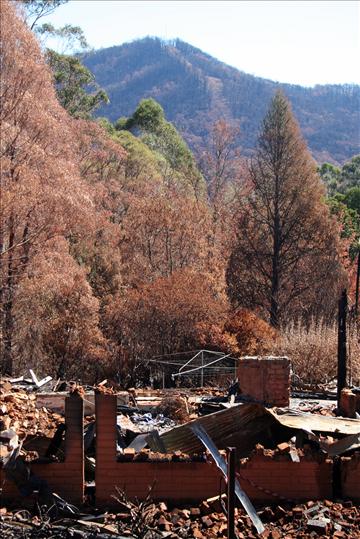 In developing directions for the future, the Victorian fire and land management agencies believed it was vital that decisions were based on solid evidence of what happened and why. To do this thoroughly, a major research effort was required to establish an authoritative and independent set of data for the Australian and international fire community.

Less than 48 hours after the devastating bushfires, the Bushfire CRC was asked to establish a Research Taskforce to undertake the biggest data collection and analysis program ever undertaken in the aftermath of a bushfire disaster in Australia, and quite probably anywhere.

Almost every day over a period of nearly two and half months, the Bushfire CRC placed teams of up to 50 researchers from across Australia, New Zealand and the United States in the field. This amounted to more than 2000 staff days of extensive data collection and analysis, working in the aftermath of the disaster alongside fire fighters, police, community workers and residents across the fire affected areas.

The Taskforce looked at more than 1300 homes, interviewed more than 600 residents, and took over 21,000 photographs.

This was not the only data collected in this period and much of this supplementary data will have information that could add further depth to the analysis. Specifically, this Taskforce has not considered observational logs of fire service personnel or material collected by other agencies (most notably police fatality information and the Rapid Impact Assessment facilitated by the Office of the Emergency Services Commissioner on behalf of the response agencies) or the detailed (post-event) weather reports of by the Bureau of Meteorology.

There is also a wealth of information available on various web pages, both on media and public sites, that provide first-hand reports and visual images (video and photographs) of fire behaviour and impacts across a variety of locations that can be interrogated in future work.

The imperative for the Research Taskforce was to collect time-critical data that would rapidly degrade due to the weather, site clearance or other types of interference.

This data addresses a range of questions relating to fire behaviour, human behaviour, and house survival or destruction. 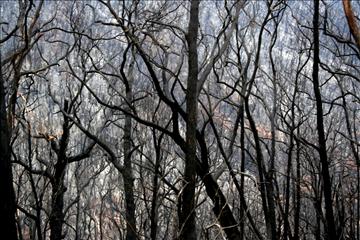 All aspects of the work considered the question: Was the impact of the fires of 7 February 2009 consistent with established knowledge or was this a result of previously unidentified behaviours or factors?

An interim report was submitted to the 2009 the Victorian Agencies and subsequently the Victorian Bushfires Royal Commission in June. This report of around 700 pages outlines the data collected across various areas that were burnt, as well as drawing some preliminary conclusions and findings from this data. 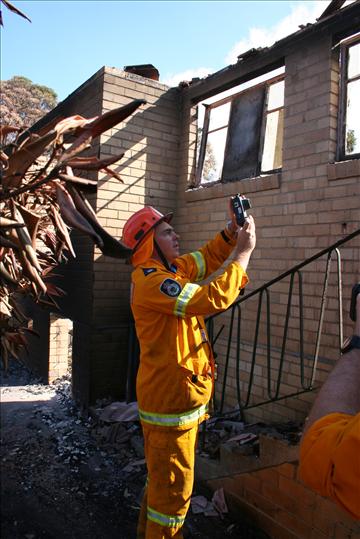 It was due to the foresight of the leaders of the Victorian agencies in initiating this work that have ensured the learnings from this event were captured in the hope that this will help us all better understand such events into the future.

The next stage is to undertake a thorough scientific analysis of the data. This requires agreement on the research questions for which knowledge is sought and on stakeholders who wish to be involved.

The Bushfire CRC is actively encouraging international collaborations to increase the research effort and to share the new knowledge globally.

See you at the Research Forum

Another great week at the office

Remember the Research Forum at the conference

July already! So much happening.

An exciting few months ahead

A week of Research delivery

2012 a realisation of the promise