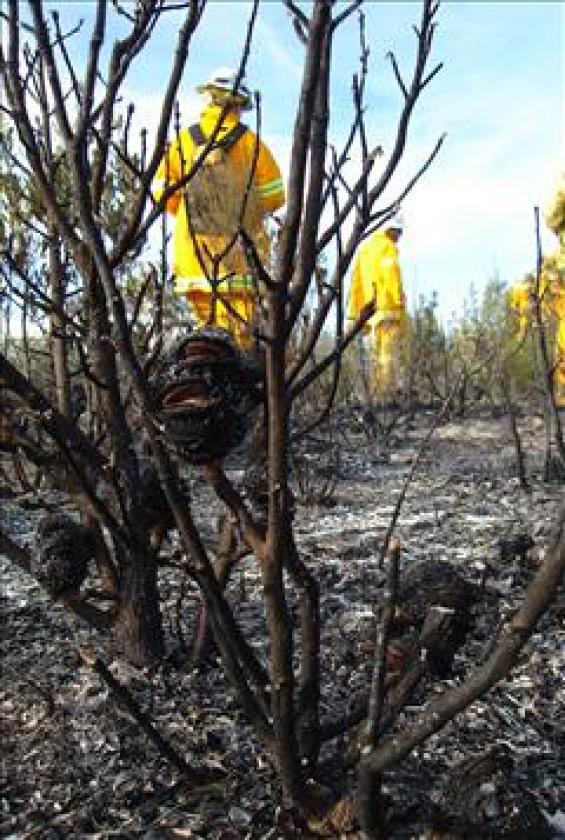 The Ngarkat Conservation Park in South Australia has been the scene of Bushfire CRC research into fire behaviour and prescribed burning in recent weeks.

The Bushfire CRC researchers from Ensis, the joint research venture between CSIRO and SCION in New Zealand , are working closely with land and fire managers from the South Australia Department for Environment and Heritage (DEH) at every stage of the three-year project.

The Ensis team is lead by Jim Gould, with Juanita Myers as the joint project coordinator with Meredith Henderson from DEH. The main Fire Behaviour Scientist is Miguel Cruz from Ensis and the Principal End User liaison is Brett Stephens from DEH.

The researchers are investigating fuel dynamics and fire behaviour with the aim of developing a prescribed burning guide for South Australian mallee–heath fuel types.

The four major objectives of the research are to characterise:

Within the first phase of the burning program in May extensive fuel sampling was conducted covering three fuel ages in the two fuel types - mallee and heath. There were 22 go/no-go burns (plot size 75 x 50 m) and three fire behaviour (120 x 250 m) burns carried out.

With the first phase of the burning program now complete, a second and third phase of burning will go ahead in March or April 2007 and later in 2007 or early 2008. The first of these will be in warmer and drier conditions than the May 2006 burns. Also, the research team is developing special instruments and field procedures to collect fire behaviour, fuel and weather data from prescribed burning operations in mallee heath vegetation to add to their experimental data to develop the prescribed burning guide.

The final output of this project will be a prescribed burning guide that will assist land management agencies to plan and safely conduct hazard reduction and ecological management burns. With a planned publication date of 2008 this guide will have wider applications than just the Ngarkat region. It will also be appropriate for parts of Victoria and the NSW Murray Darling Basin, as well as other areas of South Australia, which have similar types of fuel and vegetation. 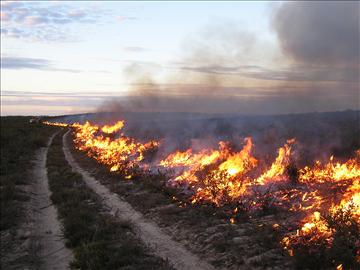