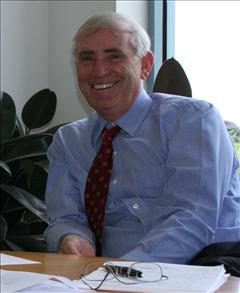 The Governing Board of the Bushfire CRC has appointed Len Foster AO as its new chairman.

Mr Foster recently retired as chief executive officer of the Australasian Fire Authorities Council and as chairman of the Country Fire Authority of Victoria.

Mr Foster was instrumental in the establishment of the Bushfire CRC and was a member of the Governing Board since its formation in 2003 until his retirement from AFAC at the end of 2006.

He commenced his role as AFAC CEO in 2001 after earlier serving as the inaugural president of the fire industry peak body from 1993-1995.

Prior to his work within the fire industry, Mr Foster was a Director General of the Victorian Department of Conservation, Forests and Lands and a Secretary of the State Electricity Commission.

Mr Foster took up the position of Chairman of the Bushfire CRC on 1 April 2007.

The inaugural Chairman of the Bushfire CRC, Ian MacDougall, retired from the position on 31 March 2007.