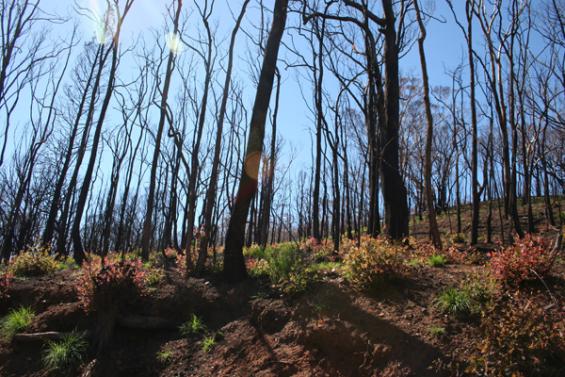 Port Stephens residents are encouraged to contribute to a major research program which commences this week, looking into recent fire activity in the area.

Port Stephens is one of three areas, along with the Blue Mountains and Southern Highlands, where research into recent fires will be conducted. Similar studies were completed in Coonabarabran, Yass and the Shoalhaven after fires in January 2013.

“The recent fire activity presents an opportunity to take a close look at what people did before, during and after the fires, and learn from their experiences,” said NSW RFS Commissioner Fitzsimmons.

“This research is part of the continuing relationship between the NSW RFS and the national CRC research program, which helps all agencies better understand people’s actions and ensure lessons are learned,” said Commissioner Fitzsimmons.

Bushfire CRC CEO, Gary Morgan, said the research was of national significance. “The data gathered will inform not just the people of New South Wales and the NSW RFS, but communities and fire agencies across Australia and New Zealand,” Mr Morgan said.

Bushfire and Natural Hazards CRC CEO Dr Richard Thornton said this was the first field research conducted by the new CRC. “The vital research that follows major fires is only possible through the national approach that was built up by the Bushfire CRC and will expand into other natural hazard events under the new Bushfires and Natural Hazards CRC,” said Dr Thornton.

Research teams from the NSW RFS and CRCs will begin interviews with affected residents this week.

An online survey will shortly be available on the websites of the Bushfire CRC, Bushfire and Natural Hazards CRC and the NSW RFS.

Affected residents can register their interest in taking part in the research by emailing info@bushfirecrc.com or calling 0419 550 409.