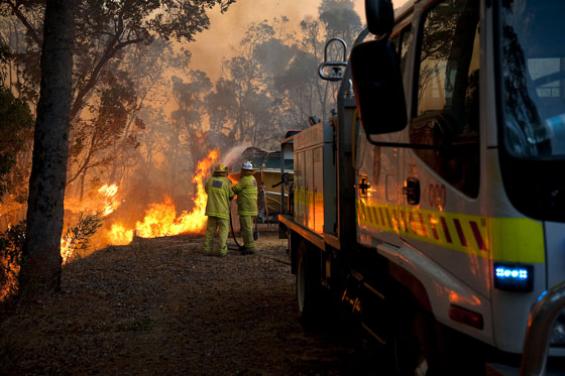 Many Perth Hills residents recognised a bushfire was possible in their area before the February fires, but did not see it as a threat to their own lives or properties, a study of residents has found.

Those who had recognised fire was a direct threat to them – after attending a Bushfire Ready Group for example --  did more preparation before the fires than others.

A summary report for residents of the affected areas is here.

The full report is here.

FESA asked the Bushfire CRC to conduct a study of the affected communities to learn what they knew about bushfire safety prior to the fires, how they interpreted and responded to fire services messages sent before and during fires, and the how they understood their role in fire safety.

Face-to-face interviews were conducted with residents of 425 households in, around or near the fires. Following the interview process, an extensive questionnaire was mailed out to a random selection of 3000 residents of the affected suburbs, producing a response rate of over 30 per cent.

“In those fires, a majority of the population knew it was going to be a bad day, but a bad day for somebody else.”

Dr Thornton said the Perth Hills study finding that residents involved with a Bushfire Ready Group made significantly more preparations than those who were not “demonstrates the importance of these kinds of groups.”

“This report identifies community attitudes towards the threat of bushfire and what they did to prepare themselves and their families,” she said.

“FESA will use this valuable research to enhance our community safety programs and engagement with the community in readiness for the 2011/12 bushfire season.

“No one can afford to be complacent about bushfire. If you live near bushland, you need have a bushfire survival plan so that you and your property are as prepared as possible to survive a bushfire.”