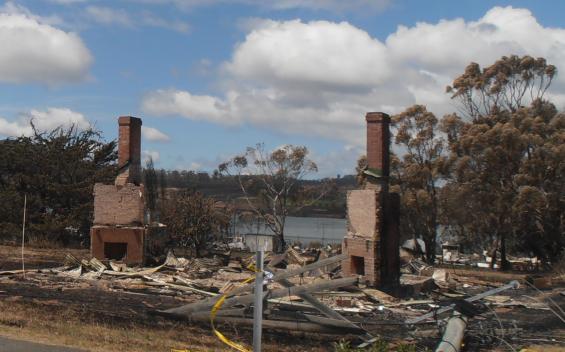 Australia’s leading bushfire researchers will this week begin investigating areas of national significance from the bushfires in Tasmania.

The Tasmania Fire Service has asked the Bushfire Cooperative Research Centre (Bushfire CRC) to assemble an independent research Task Force to focus on a range of areas, beginning with community preparedness and warning messages.

Other areas that may be looked at once the emergency situation settles include the behaviour of the fires, the response to the fires, the loss or survival of particular houses and other structures, and issues specific to the high number of tourists in the region. Researchers will be sourced from Bushfire CRC partners including the universities of Tasmania, La Trobe, Western Australia, Murdoch and RMIT. Efforts to control the fires will be unaffected.

Bushfire CRC CEO Gary Morgan said the research was of national significance. “The data gathered will inform not just the residents of Tasmania and the Tasmania Fire Service, but communities and fire agencies across Australia and New Zealand.

“It is vital that researchers are on the scene reasonably early to gather the evidence and data, so we would expect to deploy teams within days.”