Age and the motivation to volunteer - what motivates people of different ages to become volunteer firefighters? 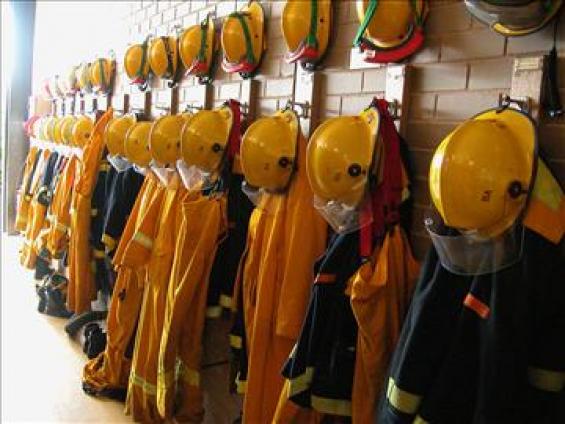 The Bushfire CRC is carrying out joint research with fire agencies from around Australia looking at the issues in both recruiting and retaining volunteers. Volunteers have been an integral part of the operations of fire agencies for many years but empirical research is sparse, not in-depth, and largely confined to the last decade.

This article focuses on two such Bushfire CRC projects: the first on community members views about volunteering with the NSW Rural Fire Service; the second looking at generational values held by Country Fire Authority volunteers in Victoria.

Community views about being a volunteer This research was commissioned by NSW Rural Fire Service Volunteer Relations Branch and Region West to survey the community to find out:

• What people knew about RFS

• What they thought of RFS

• Their interest in volunteering

• Their likelihood of volunteering

• Barriers and enablers to volunteering

All households in 29 communities throughout Region West were surveyed using an anonymous questionnaire. The survey was intended for community members who were not current volunteers with RFS at the time - 1200 questionnaires were completed and returned.

However, an interest in and likelihood of volunteering for a non-firefighting role shows minimal decline with age but still dips during the parenting and career establishment years.

The barriers to volunteering included:

Some early recommendations for fire agencies include:

Variations in motivation with age Several social commentators propose that different “generations” have different value systems that impact on aspects of social behaviour, including volunteering. In particular, it has been claimed that members of Generation Y (generally regarded as those born between 1976 and 1991) are relatively more self-oriented than previous generations. An implication is that they are thus relatively less community-oriented and more concerned with ‘what is in it for me?’ when making decisions about whether or not to undertake voluntary work, including emergency services volunteering.

Given the difficulties which Australasian volunteer-based fire agencies have reported in recruiting volunteers, especially volunteers aged 18-34, claims about the self-interest of Generation Y have been accorded a degree of plausibility. However, evidence that 18-34 year old potential fire service volunteers are indeed more self-oriented individuals than older generations is, at best, limited.

The present study was part of CFA’s New Volunteers Project which involves surveying all new volunteers. The aim was to compare the reported motivations for volunteering of new members aged 18-34, 35-44, and 45 plus years. Survey returns from 455 new volunteers (311 men and 144 women) were analysed. Participants were asked to rate the importance of each of 10 potential reasons for becoming a CFA volunteer.

Ratings of the importance of the 10 items were analysed and three clusters of motivations were identified: Self-oriented motivations (4 items)

However, there were significant differences across the three age groups on Self-oriented motivations: Self-oriented motivations were more important for those volunteers aged 18-34 years compared with volunteers in the other two age groups. While the mean score was somewhat higher for the 35-44 age group compared with the 45+ group, the apparent difference was not statistically significant.

The picture which emerges from the data is that while Self-oriented motivations (career advancement, skills development, new challenges, and friendship opportunities) were indeed more important on average for the 18-34 age group, volunteers in this age group were just as motivated by Safety and Community concerns as were the other two age groups. While it may be that the difference in relative importance of Self-oriented motivations reflects different generational values, it may also be that they result simply from life-cycle factors: people aged 18-34 are more likely to be in the early stages of career and friendship network development compared with older volunteers.

Thus, it is not surprising that Self-oriented motivations of 18-34 year old volunteers are reported as being relatively more important compared with those of older volunteers. Regardless of the extent to which the findings reflect generational values or life-cycle factors, they suggest that potential volunteers aged 18-34 are somewhat more likely (compared with older individuals) to be attracted by the personal benefits of fire service volunteering: career enhancement, skills development, the challenge, and opportunities for friendship and camaraderie. This could, perhaps, be taken into account in general promotion of CFA volunteering to the public, and in corporate communications to the media.