Emotional bushfire preparedness in your pocket 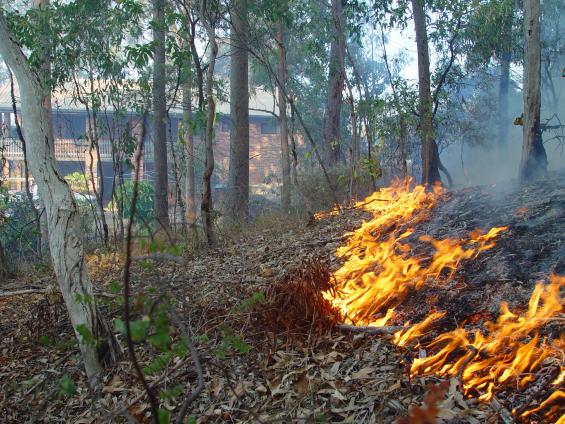 This article appeared in the Winter 2012 edition of Fire Australia magazine.

A team of Bushfire CRC researchers is helping residents of bushfire-prone areas prepare for a bushfire by modifying their thoughts using an iPhone application. By Nathan Maddock, Fire Australia magazine Joint Editor.

Researchers have developed an iPhone application to help people exposed to the risk of a bushfire engage more actively in bushfire preparedness.

The study is led by Professor Colin MacLeod from the University of Western Australia’s Centre for the Advancement of Research on Emotion and funded by the Bushfire CRC. It seeks to help residents of bushfire-prone areas effectively follow through on their intentions to undertake bushfire preparedness work. Modifying people’s thoughts is the aim of the iPhone application that trains selective attentional response to information related to the threat of a bushfire.

“The [smartphone] application will assist people who want to do something to reduce their individual bushfire risk, but who find themselves procrastinating enhance their safety,” Prof MacLeod said.

“These people really do intend to complete bushfire preparedness jobs around their home, but the way they process certain types of information means that their intentions to complete these tasks do not get realised. For these people, we’ve designed an application to produce and maintain the emotional state that will help them follow through with their plans, to complete the tasks they know they need to do.”

The application works by measuring the user’s response to words that appear on the screen. Some of these words relate to bushfire and are designed to influence emotion, while some are not. The user must respond to the words by pressing the appropriate prompt. The quicker the response, the higher the score. Attentional bias is indicated by the response time.

The approach Prof MacLeod and his colleague Dr Lies Notebaert, a postdoctoral fellow also funded by the Bushfire CRC, are using is known as cognitive bias modification. Their research falls under the Bushfire CRC’s Communicating Risk Program.

“Over a period of time, the brain can be trained to adopt a particular pattern of processing and, by extended practice, to complete tasks that encourage this pattern. If we run people through these tasks, even for a relatively short period of time such as 15 to 20 minutes, we can change how people think, in ways that may influence emotion and motivation.

“By altering the way people process information when they intend to complete particular actions, cognitive bias modification delivered through a smartphone application may be able to assist in the degree to which they follow through on these intentions, even after a single session of about 20 minutes, so long as it is given at the right time.”

By using a smartphone application, the individual is able to choose the right time for them, such as when they wake up on a Saturday morning.

“Rich and his PhD student, Phil Enock, recently developed the first iPhone application of this type and their pioneering work has opened up the new frontier we’re now exploring,” Prof MacLeod said.

Prof MacLeod and Dr Notebaert are hoping their smartphone application might give people the ability to put themselves into the emotional state that is optimal for maintaining the motivation to follow through on their intentions.

“We all regulate our emotions. When we feel threatened, we take steps to reduce the degree to which we feel anxious. One easy way to do this is by putting unpleasant thoughts out of mind and avoiding thinking about the threat, rather than by taking effective actions that effectively reduce this threat. Burying one’s head in the sand can be an effective way of regulating negative emotion, but this short-term emotional benefit comes at a significant cost,” Prof MacLeod said.

People who maintain positive emotions by avoiding thoughts about threat can find themselves underprepared when there is a genuine danger that requires good decision-making and effective action. In a bushfire scenario, being underprepared can be deadly.

At the other extreme, some people may be so worried about the possibility of danger that they fail to distinguish a relevant threat from an irrelevant threat. This presents a different issue that can also disrupt effective preparation for a bushfire.

“The problem here is that worry becomes overgeneralised and unfocussed. It may be triggered initially by identification of a particular risk, which in principle could be prepared for, but the worry expands to include too many other concerns. Consequently, worry never stays focussed on a specific threat for long enough to motivate completion of preparation behaviours that reduce this threat. Excessive worry of this type is not conducive to the effective planning and preparation required of people who live in bushfire-prone areas, to ensure the safety of themselves and their families,” Prof MacLeod said.

While there are similarities between cognitive bias modification and talking with a psychiatrist or psychologist, there are also important differences between the approaches.

“Both cognitive bias modification and conventional clinical approaches employed in psychiatry or psychology focus on how people think. The difference is that cognitive bias modification is designed to retrain the brain so that it produces different types of thoughts, whereas traditional clinical approaches focus on changing how people respond to the types of thought they experience,” Prof MacLeod said.

Prof MacLeod and Dr Notebaert identified during the earlier part of their project the patterns of information processing that lead people to most effectively engage in good preparatory behaviour, which reduces their exposure to bushfire danger. This work sampled participants from early 2011 fire-affected communities in Western Australia who reported differing levels of anxiety and worry. The study assessed a range of cognitive biases in attention, interpretation, memory and mental imagery. The results of this study are enabling Prof MacLeod and Dr Notebaert to identify which forms of cognitive biases are linked to good preparedness behaviours. This will allow them to undertake subsequent studies in which cognitive bias modification will be used to improve bushfire preparedness. The research is now progressing to the next logical step says Prof MacLeod.

“Now that we know the styles of information processing that produce the most effective behavioural actions, we are seeking to train these styles using cognitive bias modification techniques. Clearly, it will be of significant practical value if this training can increase engagement in behaviours that reduce risk, not only for people exposed to bushfire threat, but also for those facing other types of threats that can be reduced by good preparation.”

Progress will also be made on the smartphone application. Currently restricted to the iPhone, there are plans for it to be developed for other smartphones.

Damien Killalea, Director Community Safety at the Tasmania Fire Service, is the lead end user for the Bushfire CRC Managing the Threat Through the Modification of Thought project. He sees the research as highly beneficial and is excited about the opportunities it may present.

“The smartphone application may give us the opportunity to introduce into people’s homes a useful tool to modify the way they think about how bushfire preparedness is causing them stress, worry or anxiety. Our hope is that they will be able to modify their behaviour and act in a more appropriate way to the environmental cues, advice or warnings they receive about bushfire risk or the imminent threat of bushfire.”

Mr Killalea knows there could be benefits on different levels.

“For some people, modified behaviour may increase their attention to a level that will motivate them to act. For others, it may be a means to reduce their stress and worry to a level where they can take effective action, either to prepare for a fire or to respond to it.

“A smartphone application is a completely new opportunity for the sector, a new way to reach those at risk. An app is non-intrusive and allows people to adjust the way they think about bushfires, and hence respond to them, in their own environment and in their own time.”

Prof MacLeod acknowledges that the research is unusual.

“Our approach is a bit different from what people might expect to find in bushfire research. But we’re seeking to achieve the same outcomes as many other researchers and practitioners working to enhance community safety, using a different approach. We’re trying to help people effectively complete safety preparation tasks they intend to carry out, by using a smartphone application that can put them in the right frame of mind to convert these intentions into actions.”