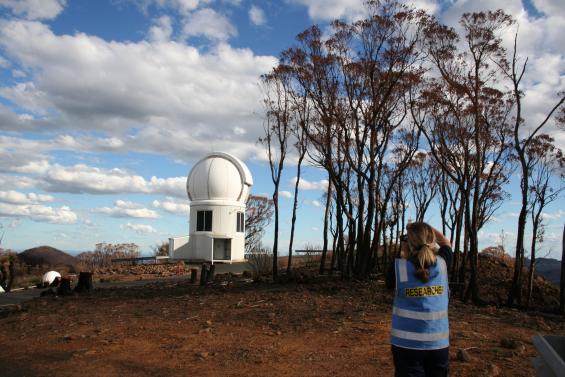 This article was published in the Winter 2013 edition of Fire Australia magazine.

Learning from experience is important in all facets of life. Bushfire community safety is no different. After one of the hottest summers on record, which saw extreme temperatures, ferocious winds and dangerous fire weather across southern Australia, large and destructive bushfires were experienced—the worst in Tasmania and New South Wales.

A bushfire of the intensity of the Forcett fire, which flared up under catastrophic conditions on 4 January 2013, had not been experienced in Tasmania since Black Tuesday in 1967. While this year’s fire did not burn into Hobart as happened in 1967, 193 dwellings were destroyed and 24,000 hectares of bushland and pasture burnt. It is well known that in the town of Dunalley, onethird of all homes, as well as the primary school and police station, were razed. Boomer Bay, Connellys Marsh and Murdunna were also devastated and, as in Dunalley, significant infrastructure was damaged or destroyed. There was social dislocation and the impact on communities was profound.

In NSW, it was the most challenging bushfire season in a decade. Catastrophic fire danger ratings were issued for the first time across a number of areas, including urban centres. Several major fires were experienced and 62 houses were destroyed, 53 from the Coonabarabran bushfire alone. From July 2012 to March 2013, 1.4 million ha, an area larger than Greater Sydney, was burnt. Fifty thousand head of livestock were lost, and 10,170 km of fencing destroyed.

To maximise the lessons learned, the Tasmania Fire Service (TFS) and the NSW Rural Fire Service (NSW RFS) individually requested that the Bushfire CRC undertake independent, community-based research following the bushfires. Importantly, the research experience of the Bushfire CRC in conducting this type of research was acknowledged. This new research built on similar projects undertaken following Black Saturday in Victoria in 2009, and the Perth Hills and Lake Clifton (Western Australia) bushfires in 2011. The new research adds to this collective knowledge.

Researchers visited residents in the various fireaffected areas to learn from residents’ experiences with the bushfires, focusing on their knowledge of bushfire risk, preparations before the bushfire and actions on the day.

Bushfire CRC CEO Gary Morgan said the research was of national significance. “The data gathered will inform not just the residents of Tasmania and New South Wales, nor just the Tasmania Fire Service and NSW RFS, but communities and fire agencies across Australia and New Zealand.”

Tasmania—fire in a tourist hot spot
The task force team visited the areas affected by the Forcett bushfire in the weeks immediately following the fire. From a base in the car park of the Dunalley pub, the team was led by the University of Tasmania’s Professor Timothy Skinner (now at Charles Darwin University) and Dr Jim McLennan from La Trobe University. In total 226 interviews were conducted across the Tasman peninsula, comprising residents in both the affected and surrounding areas. This would not have been possible without the assistance of the University of Tasmania’s Rural Clinical School and the Menzies Research Institute.

Damien Killalea, Director of Community Fire Safety at the Tasmania Fire Service, believes the bushfire presented a unique opportunity for the TFS to assess people’s response.

“There were some unique elements about this fire. The conditions were classed as catastrophic at points, and given the time of year, the New Year holiday period, there were large numbers of tourists in the area. These tourists may not have been privy to TFS safety messages,” Mr Killalea said.

The research also offered a chance to look at what TFS had learned from the Black Saturday fires in Victoria, and the changes that have been made to bushfire community safety in Tasmania since that time.

“This bushfire was the first time TFS has applied on a large scale what we have learned since 2009. It was a chance to test the range of measures we have put in place,” Mr Killalea said.

“The research is vital in that it allows us to see, and measure, how the various community safety initiatives put in place in recent years were picked up by the community.

“The fact that no one died in the conditions that we saw was a great relief. We want to learn why.”

Mr Killalea hopes the findings from this research will be wide-reaching.

“The findings will inform the Tasmanian Bushfire Policy. Additionally, I hope that we will learn sufficient to inform a revised national position on bushfires and community safety.

“Getting independent research findings from the Bushfire CRC is absolutely invaluable. For decades, fire agencies made decisions about what was good for the community, and about what they [fire agencies] were going to do, that often ignored things like public safety. Listening to the community [will] tell us about what they went through and getting direct feedback about not just what they experienced, but how they felt and reacted, is the best way to inform our future policy and practices,” he said.

New South Wales—a record-breaking fire season
January saw temperature records broken across NSW, with many fires occurring. Three of the most significant were at Deans Gap in Shoalhaven, Cobbler Road near Yass and in Coonabarabran. The Coonabarabran fire made international headlines when it tore through the Warrumbungle National Park and Siding Spring observatory.

“Both the Deans Gap and Cobbler Road fires started under catastrophic conditions on 7 January, whilst the Coonabarabran fire on 12 January was particularly large, intense and impacted greatly on the community.

“The NSW RFS saw these fires as an opportunity to take a close look at what people did before, during and after the fire, and learn from their experiences. The research is part of the continuing relationship between the NSW RFS and the Bushfire CRC, which helps all agencies better understand people’s actions and ensure lessons are learned,” Commissioner Fitzsimmons added.

Throughout February and March, the research team visited the areas surrounding Coonabarabran, Yass and Shoalhaven to interview affected residents. Two hundred and thirty-eight semi-structured interviews were conducted with community members who experienced the fires, as well as those who were nearly affected, or who could have been affected had circumstances changed. An online survey was also conducted with a random sample of 975 residents from affected communities.

Bushfire CRC Research Manager Lyndsey Wright noted that the three fires were chosen for the research because of the extent of areas burnt, as well as the potential for more extensive losses than experienced— houses, stock and possibly lives.

“A large number of houses were lost around Coonabarabran, and stock losses were particularly significant around both Coonabarabran and Yass, but both could have been much higher if it were not for a combination of fortunate weather changes, enormous efforts by RFS volunteers and the response from residents to minimise the impact,” Ms Wright said.

While this is the first time the Bushfire CRC has conducted this type of research in NSW, the experience of the research team, particularly Chief Investigator Dr Jim McLennan, was invaluable.

Dr McLennan highlights similar research that shows how ready residents of a particular area may be for a fire.

“Previous research task forces undertaken in Victoria and Western Australia, and in Tasmania earlier this year, demonstrate that readiness for a bushfire threat in a given location is usually related to the history of bushfire in the area. For any given household, a bushfire is a rare event, with most households in bushfire-prone areas not threatened by a fire during the life of the household. Therefore, perceived risk of a bushfire is commonly low.

“Few residents of bushfire-prone areas are actually prepared and ready to leave safely—a majority of people do not have any real appreciation of what a serious bushfire entails, because they are such rare events for any given location,” Dr McLennan explained.

The research looks into the preparedness of long-term residents, as well as ‘tree change’ or ‘sea change’ residents, depending on the location—people who have moved from a city to more rural areas, attracted by the lifestyle they afford. Previous research has shown that ‘lifestyle’ residents may not be as prepared as people who have lived in a particular area for a long time, said Dr McLennan.

“We look at how confident residents are in their ability to safely defend or evacuate, and how well they understand what this actually involves. Are people fully aware of not just the physical efforts required to safely defend a home from bushfire, but the significant mental effort required too?

“Similarly, what is the understanding of the right time to evacuate to ensure the safety of all members of the household?” Dr McLennan added.

Longer term benefits
The TFS, NSW RFS and fire agencies across Australia and New Zealand will be able to benefit well into the future from the research conducted.

“Community participation in the research was fantastic, which enabled a good cross-section of community members to be interviewed. The data will provide substantial depth to explore for a long time,” Ms Wright said.

“Communicating community bushfire safety is not easy; there is no silver bullet. Similarities can be made with reducing the road toll. It is now second nature to buckle up, stay under 0.05 and, more recently, practise safe driving with mobile phones. But the reduction in the road toll was the cumulative effect of education, engineering and enforcement, which took decades to achieve across Australia.

“Why would raising community bushfire safety be any easier? Fire agencies need to look for additional ways to raise householder awareness of risk and encourage planning and preparation. This needs to be beyond the passive availability of community education material on websites and in paper publications,” Dr McLennan explained.

The research methods adopted by the task force ensured preliminary findings were quickly available to both the TFS and NSW RFS. More detailed analysis of the data from the task force teams will provide both agencies with the evidence base to review policies and practices prior to the 2013–14 fire season.