Mapping fire in the top end 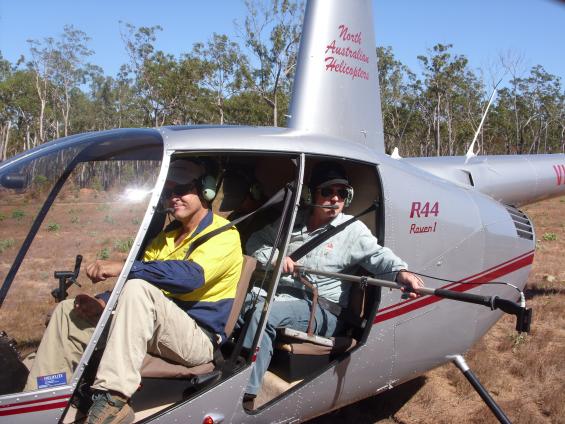 This article appeared in the Winter 2012 edition of Fire Australia magazine.

A Bushfire CRC researcher is changing the way the effects of bushfires are mapped in northern Australia. By Nathan Maddock, Fire Australia magazine joint editor.

Bushfires in the southern parts of the country may have occupied most of the national attention in recent years, particularly in the media. But a Bushfire CRC researcher has been using satellites and high-tech sensors to map the effects of fire in the delicate ecosystems of northern Australia.

For the past few years, Darwin-based researcher Dr Andrew Edwards has been mapping bushfire severity in the tropical north with the assistance of satellites and a helicopter, as part of the Bushfire CRC Understanding Risk program. Dr Edwards completed his PhD with the Bushfire CRC in 2011 and has now begun a Bushfire CRC-funded postdoctoral fellowship to extend and operationalise his previous research.

While northern Australia has approximately one person for every four square kilometres, the tropical savannahs across northern Queensland, Western Australia and the Northern Territory—woodland ecosystems of grass and scattered trees—cover approximately 25% of the country. They receive large amounts of rain, with 90% of their 1,000 millimetre average rainfall occurring during the wet season (October to March). A large amount of fuel grows during the wet season, drying rapidly once the rain stops, resulting in prime fire conditions.

Dr Edwards’s PhD research investigated if it was possible to detect the effects of fire in tropical savannahs by using a handheld sensor in a helicopter. He measured the reflected light from land areas that represent various fire severities. The collected data were correlated with ground measurements to determine which of the fire-affected components had a detectable light signal, allowing description of the fire severity.

Dr Edwards covered a lot of territory. “Most of the data were collected from the helicopter. I had a handheld sensor as the helicopter hovered, establishing the exact GPS coordinates of the area studied.

“I was looking at the effects fire has on the environment—how severely the vegetation is burnt and relating that to the energy released by the fire.

“Measurements were also taken from the ground of the effects of a fire to validate the data collected from the air. Both sets of data were correlated, and an algorithm established that maps fire severity from satellite images covering hundreds of square kilometres.”

The data are useful for a number of purposes, Dr Edwards said.

“With fire severity we’ve got this added parameter that provides a lot more detail across all of these areas, assisting in calculations and modelling exercises,” Dr Edwards added.

Under the extreme climate of the north, prescribed burning is applied widely and strategically to reduce the effect of bushfires.

Before Dr Edwards’s research, fire and land managers had relied on satellite data to detect bushfires and map their extent. Strategic fire management programs were based on the history of past fires, using fire seasonality to estimate the effect a bushfire might have had on the environment. The rule-of-thumb was that bushfires occurring later in the dry season were more severe than bushfires that occurred earlier in the dry season.

From here, Dr Edwards is expanding his PhD research in his postdoctoral work.

“The next step is calibrating the data and applying it, and then looking to extend it to cover the rangelands. Together with the tropical savannah, this has the potential to cover 75% of the country.”

Calibration is a way of training the satellite image information with on-the-ground information to categorise something situated on the ground. This is required to capture as much variation in the effect of a fire as possible.

Dr Edwards added that the success of such a large project will involve many end users of the research, including field ecologists, conservation staff, fire management staff, pastoralists, Indigenous rangers and other land managers.

It is hoped that providing timely cost–effective mapping will save time and resources for all of these agencies, and will have the potential to enable fire managers to reduce the area affected by fire. And in one of the most fire-prone areas of the world, that can only be a good thing.