Perth Hills Residents Saw Bushfire as a General Risk, But Not a Threat to Them 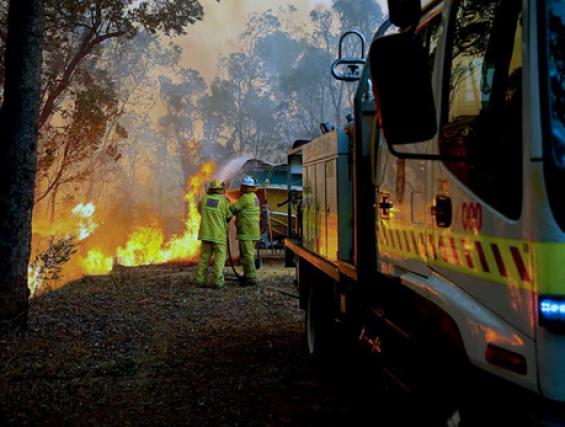 This article was published in the Spring 2011 edition of Fire Australia magazine.

Many Perth Hills residents recognised a bushfire was possible in their area before the February 2011 fires, but did not see it as a threat to their own lives or properties, a study of residents has found. Those who had recognised fire was a direct threat to them – after attending a Bushfire Ready Group, for example – did more preparation before the fires than others.

Two major bushfires devastated separate areas of the Perth Hills on the weekend of 5 and 6 February. One, in the suburbs of Red Hill, Herne Hill, Millendon, Baskerville and Gidgegannup, became known as the Red Hill-Brigadoon fire. The other occurred in Roleystone and Kelmscott. This fire destroyed 71 homes and damaged a further 39. The Bureau of Meteorology issued a Fire Weather Warning and a Total Fire Ban was declared for all the fire-affected areas before the fires started.

FESA asked the Bushfire CRC to conduct a study of the affected communities to learn what they knew about bushfire safety prior to the fires, how they interpreted and responded to fire services messages sent before and during fires, and how they understood their role in fire safety.

Face-to-face interviews were conducted with residents of 425 households in, around or near the fires. Following the interview process, an extensive questionnaire was mailed out to a random selection of 3000 residents of the affected suburbs, producing a response rate of over 30 per cent.

“In those fires, a majority of the population knew it was going to be a bad day, but a bad day for somebody else.”

Dr Thornton said the Perth Hills study finding, that residents involved with a Bushfire Ready Group made significantly more preparations than those who were not, “demonstrates the importance of these kinds of groups.”

It was the single largest research project involving bushfire-affected community members yet conducted in Western Australia. The researchers say they were made very welcome by the residents.

For most residents in the Kelmscott–Roleystone area, seeing smoke was the first warning sign that a fire was threatening the area, the report says. Upon learning about the fire, about 33 per cent of the interviewed residents decided to leave their homes quickly, well before the fire reached their homes. Though 19 per cent in this area were able to successfully defend their homes against the fire, 28 per cent reported that they left their homes only just in time.

Experiences for residents in the Red Hill–Brigadoon areas were quite different. Many first learned about the fire either because they could smell smoke or because a friend, family member or neighbour contacted them to alert them. Of the 63 residents interviewed in this area, 35 per cent decided to leave their properties well before there was a chance of them being fire affected, while 40 per cent were able to successfully defend their home. Even so, 22 per cent reported that they had left their properties only just in time.

After learning about the fire, residents typically started searching for more information. In most cases they switched the radio on, telephoned friends, neighbours or family, as well as gathering up their valuables to take to safety. When seeking or receiving further information from official sources about the fire, the most accessed sources were StateAlert, ABC Radio, the FESA website, emergency services personnel and other radio stations. However, when residents were asked about the most important official source of information, only 10 per cent of residents responded that the StateAlert was the most important.

Approximately half of the residents in the Kelmscott–Roleystone and Red Hill– Brigadoon areas activated their home fire defences (such as sprinklers and generators). Of those who decided to leave their home at the last minute, many residents seemed to be waiting for emergency services personnel to tell them to evacuate. Further, approximately 60 per cent of those interviewed reported that they expected to receive some sort of official warning about the fire, with some residents not feeling the need to independently consult official sources for further information during a bushfire.

Residents engaged in a number of preparatory actions in both the lead-up to and on the day of the fire, including actions such as clearing gutters, discussing the risk with neighbours or locals, having independent power, water supplies and protective clothing and mapping out a fire plan or evacuation route. The most-cited source of information used by residents for their bushfire preparation in the mail-out survey was the Prepare. Act. Survive pamphlet sent out by FESA. During the interviews, ‘common sense’ and ‘experience living in the community’ were commonly cited as preparation tools by residents.

Residents reported a number of barriers that prevented them from being more prepared than they would have liked to be for possible bushfire. A common response was that monetary constraints prevented households from being as prepared as they would have liked to be: “Money. I haven’t been able to afford a generator”. Other barriers included: finding regulations and bureaucracy too difficult to either understand or to work with; lack of time; complacency; lack of experience; age and health-related difficulties; frustration over other residents’ lack of preparation; and being in a rental situation.

Awareness of Total Fire Ban among residents was 67 per cent. However, this was not always from definitive knowledge of a ban. Residents reported a ‘common sense’ mentality due to prevailing weather conditions or from not knowing the difference between a fire ban and a total fire ban.