A solid research base for awards 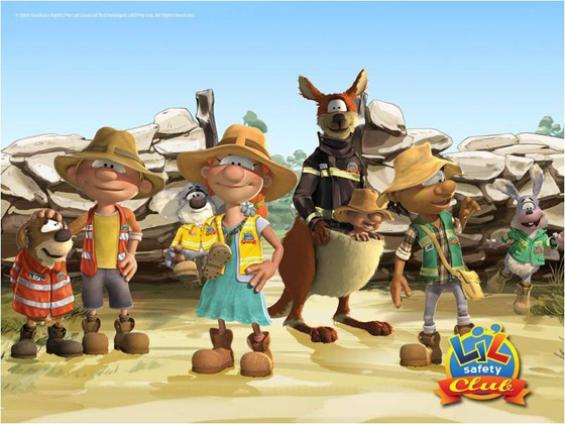 Bushfire CRC research was associated with three winning projects in the 2011 Australian Safer Communities Awards presented by the Commonwealth Attorney General in Canberra this month.

One of the two Nationally Significant awards went to the SES Agencies and Australasian Fire and Emergency Service Authorities Council for the SES Children’s National Hazards Awareness and Education Program.

That program featured a series of fire-safety television safety commercials aimed at children, with its Li’l Larikkins storylines based on the work of Bushfire CRC PhD student Briony Towers (University of Tasmania and RMIT University), whose work looks at how children and young people perceive bushfire risk.

In the State and Territory category, the South Australia Country Fire Service’s Firey Women Program was awarded a Highly Commended.

Research underpinning Firey Women was led by Helen Goodman and Catherine Rowe of RMIT University as part of Bushfire CRC program Evaluating Bushfire Community Education. It sought to help rural women prepare for fires so they would be able to stay and defend their properties while the local men were away on the fire trucks.

And the New South Wales Rural Fire Service won the Education, Training and Research category for its Hotspots Fire Project, a model for sustainable fire management practices that protects biodiversity and cultural values while providing protection for life and property.

Bushfire CRC PhD student Amanda Edwards (University of Wollongong) is conducting an evaluation of the Hotspots project as part of her research.

“It’s great to see three agencies recognising the need for quality research,” he said. “It demonstrates that research is an essential component of operational programs - from concept development, through to program refinement and evaluation.”

The Australian Safer Communities Awards were presented at the Australian War Memorial in Canberra on December 8 by the Attorney-General, the Hon Robert McClelland.