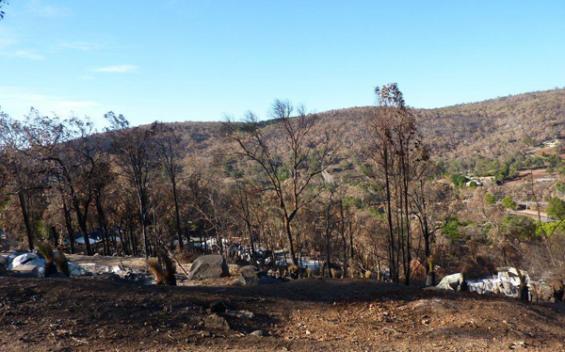 Residents of the Perth hills areas affected by the recent bushfires have been invited to take part in a study of how communities deal with fire.

The Bushfire CRC has been asked by the Fire and Emergency Services Authority of Western Australia to conduct a study of the bushfire affected communities. The study will build on work already undertaken nationally to better understand community attitudes to bushfires; how warnings can be delivered more effectively; community understandings about living with bushfire risk; and how these are affected by the stress of imminent fire danger.

Teams of researchers mostly from the University of Western Australia, but also from La Trobe and RMIT universities of Victoria, will be seeking to interview up to 400 residents in the Roleystone, Red Hill and surrounding areas over the next few weeks. Other residents will be asked to take part in a mail or internet survey.

Dr Richard Thornton,  Deputy CEO and Research Director of the Bushfire CRC, said the study and its methodology was developed from the extensive work the Bushfire CRC  conducted in Victoria immediately after the Black Saturday fires of February 2009.

The survey topics will include:

·         What the communities knew about bushfire safety prior to the fires,

·         How the communities are interpreting and responding to messages the fire services send out before and during fires, and

·          The way communities understand their role in fire safety.

“By completing the survey, residents will be making an important contribution to the ongoing bushfire research being conducted across Australia to improve the safety of people threatened by bushfires,” Dr Thornton said.

“In particular, they will be providing a voice to the community input to this important area of research which has been a strong focus of our efforts since the fires of February 2009,” Dr Thornton said.

Residents in the fire-affected areas who are not approached directly by the research teams or do not receive a survey in the mail but would like to participate may, from February 28, request a copy from the School of Psychology at the University of Western Australia by:

·         completing the online form which can be found at http://www.psychology.uwa.edu.au/research/bushfire