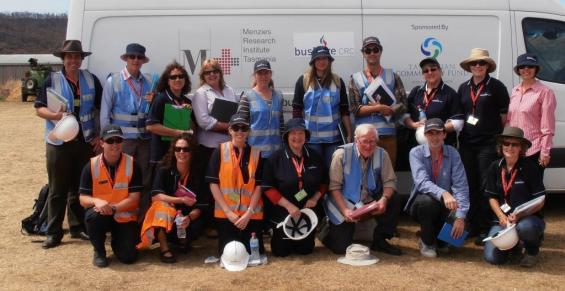 The report of a Bushfire CRC task force following the January 2013 Tasman Peninsula bushfire was released as part of the 2013 Tasmanian Bushfires Inquiry.

The Bushfire CRC task force, led by Prof Timothy Skinner and Prof Jim McLennan, conducted 245 interviews with residents across the Tasman Peninsula following the Forcett bushfire on 3-4 January 2013. The research was commissioned by the Tasmania Fire Service, and aimed at gaining a better understanding of the community response.

Interviews were undertaken with residents in both the affected and surrounding areas, focusing on people's preparation, decision-making and actions during the bushfire. Researchers were comprised from the University of Tasmania, the University of Western Australia, La Trobe University and RMIT.

The research would not have been possible without the assistance of the University of Tasmania's Rural Clinical School and the Menzies Research Institute.

The full report is available here, or alternatively on the Tasmania Department of Premier and Cabinet website. Important research findings include:

On the day of the fire

When did people take action?