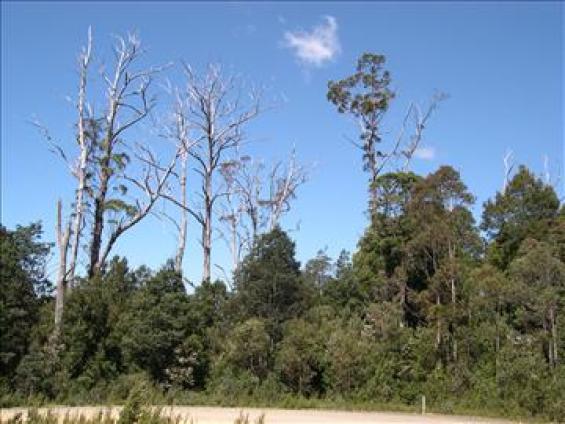 Fire has operated over geological time-scales to profoundly influence the richness, composition and distribution of most of Australia’s ecosystems. Much of Australia’s biota has evolved in this fire-prone environment and is adapted to, and largely dependent on fire and the attendant variety of fire regimes for its continued existence and development. Importantly however, there are some species and community types which are very sensitive to fire (such as the rainforests of south-eastern and northern Australia).

Complexity can characterise the ecological effects of fire, with a large range of factors potentially being involved - those intrinsic to the ecosystem and its constituent species (e.g. landform, topography and the species’ life history attributes) and those extrinsic (e.g. season, climatic variability and episodic events like droughts and floods). Such factors may exacerbate or outweigh changes attributable to fire, so that post-fire succession does not return ecosystems to their pre-fire condition. Indeed, in any given landscape unburnt areas may change in species abundance and composition as much as areas that are burnt. As such, notions of a ‘steady state’ or a pre-European settlement forest or woodland condition are often meaningless. Instead, biologists and land managers are increasingly grouping species in a given area in terms of their ‘vital attributes’, and developing predictive models of species responses and successional patterns to various fire regimes.

Over the years there has been much debate regarding the nature of Australia’s fire regimes prior to the arrival of Europeans. While sediment cores, dendrochronological studies and general historical records have proved helpful in some locations there is uncertainty about how well most of these methods record the occurrence of low-intensity fires. Again, considerable debate revolves around the nature of fire regimes (particularly in southern Australia) since 1788, the situation being characterised since the early 20th century, by more frequent high intensity fires associated with an increasing emphasis on suppression, and a diminishing use of low intensity fire. Consequently, research has recently started to focus on possible links between changed fire regimes and the increasing phenomenon of eucalypt decline.

Parallel to the debate about changes in fire regimes has been one about changes to vegetation and its associated fauna. Controversy particularly centres on the amount of burning conducted by Aboriginal people, and the relationship between that activity and the extent of grasslands, as opposed to scrubby understoreys in many forest areas. There is however, a reasonable level of agreement that there have been significant vegetation changes in many areas as a result of changed fire regimes over the last 200 years. The ‘Pilliga scrub’, in central western New South Wales, the denser forests on the Murray River floodplain, and the scrubby foothill forests of Victoria’s East Gippsland are all cited as examples of a preoccupation, over the last 150 years, with fire suppression.

Links between changed fire regimes and adverse impacts on forest health are not uniquely Australian in nature. In the southwest of the United States for example, widespread forest mortality has been observed in ponderosa pine (Pinus ponderosa) in recent years. While the primary cause of tree death was initially thought to be due to infestations of bark beetles, research has now revealed a somewhat more complex picture. The beetles typically attack physiologically stressed trees. Links are being made between the occurrence of overly dense stands (with individual trees having to compete for available moisture, light and soil), poor tree health and beetle infestation. In turn, a focus on the exclusion of fire in the forests, over the last 100 plus years, is seen as a major contributor to the overstocked stands.

Early in 2006 the Bushfire CRC, following a request from a number of park and forest agencies around Australia, commenced a collaborative research project to investigate links between fire regimes and eucalypt ecosystem health.

This project is the first national study of tree decline caused by reduced frequency or absence of fire. In New South Wales, Victoria, Western Australia and Tasmania there are significant areas where there is evidence linking eucalypt decline to changes in fire management - from historically low intensity fire regimes to more recent approaches effectively leading to fire exclusion.

The project is concentrating on testing the following hypotheses:

Eucalypt decline in the absence of fire, Bushfire CRC Project B7, is lead by Neil Davidson (project leader) and Dugald Close (project manager) of the University of Tasmania.

This project will guide the development of policies on the frequency of fire required to maintain overstorey eucalypt health in a given forest type. The outcome will be a guide that can be used by forest managers to determine when a forest should be burnt to maintain its health. The guide will be targeted for use by fire managers working in susceptible forest types.

A more detailed discussion on the project can be found in a Fire Note publication, as part of the research adoption program of the Bushfire CRC.

Topic:
Ecology and Biodiversity
Project Reference:
Tree Decline in the Absence of Fire