Environmental Impact of Prescribed and Wildfire 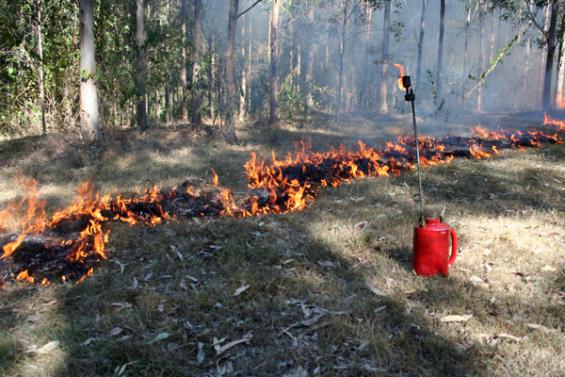 Prescribed fires over large forest areas are essential to reduce the risk of large-scale bushfires, particularly in forests near population centres and important forest assets such as water catchments and commercial plantations. However, prescribed fires release emissions and reduce forest carbon stock. It has been widely recognised that prescribed fires reduce loads of leaf litter, yet fire impacts on other major carbon pools such as overstorey trees, shrubs, ground cover, coarse woody debris and soil organic matter has not been well documented for southern Australian forests.

The project measured forest carbon stocks and the impact of prescribed fire on these stocks through release of greenhouse gases to the atmosphere and redistribution of carbon within the forest. Results showed that calculating the carbon emissions based on the fine fuel load significantly underestimated the total carbon emissions because of the contribution of coarse fuels to the total.

It was also found that prescribed fire released only a minor fraction of the carbon stored in forests (2-3%), and that 2% of the carbon that was previously considered to have been lost to the atmosphere in gaseous and particulate form remains in the forest through redistribution.

As a result of the research, the knowledge of forest carbon balances has improved drastically by quantifying the impact of fire on forest carbon stocks and providing more reliable estimates of the magnitude of emissions produced during planned and unplanned fire.

The formal proceedings of the Research Forum, held as part of the 2013 Bushfire CRC and AFAC Conference in Melbourne are now available.

Fire in the Landscape - Lessons Learned

What has been learned about how fire affects water supply, carbon emissions and smoke?

Prescribed burning and its effects on forest carbon and greenhouse gases

The latest Bushfire CRC Fire Note examines the effect of prescribed burning on forest carbon and greenhouse gases released into the atmosphere.