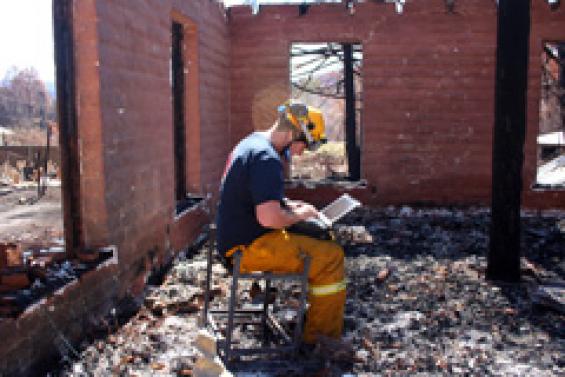 Research Taskforce moves to next phase

The Bushfire CRC multi-agency research taskforce has completed an intensive five weeks of gathering information about the fires of February 2009 in Victoria.

After eight tours with staff from six Bushfire CRC partner agencies and eight research and service organisations totalling up to 1800 person days in the field, the main focus now is on data consolidation and analysis and finally, report writing. More than 600 interviews have been conducted and researchers have taken more than 21,000 photographs.

There may be some opportunities to collect more data at strategic locations to support analysis that integrates all the research streams – fire behaviour, human behaviour and community safety, and, building and planning issues.

The final tour last week was able to visit areas previously not assessed by the teams including Marysville, Toolangi, Humevale and Narbethong.

The Chief Executive Officer of the Bushfire CRC, Gary Morgan, has written to all agencies involved in the Taskforce to thank them for their participation and to invite them to continue to provide their support into the next phase.

As of the beginning of this week, 1074 properties have been assessed, which is around one in five houses in the bushfire affected area.

Some interesting observations from those surveyed so far include:

Interviews with residents in fire affected areas have provided a wealth of data for the research teams - with more than 600 individual interviews recorded. Overwhelmingly, the residents approached have been willing share their experiences and complete the structured questionnaire. The interviews have been recorded and have started to be transcribed so analysis can begin.

Issues that have emerged from the interviews relate to preparations around the home, information and warnings on the fires, how they understood the task of actively defending a property, the factors that influenced them to leave early or late, and their understanding of how the fires moved across the region and into their area.

The effort has moved from data collection in the field to consolidation and initial analysis. A range of fire behaviour indicators, such as leaf freeze, has been collected and is currently being mapped. A significant amount of work now needs to be undertaken to assess and analyse the complex patterns of fire spread from multiple influences such as spotting and variations in topography.