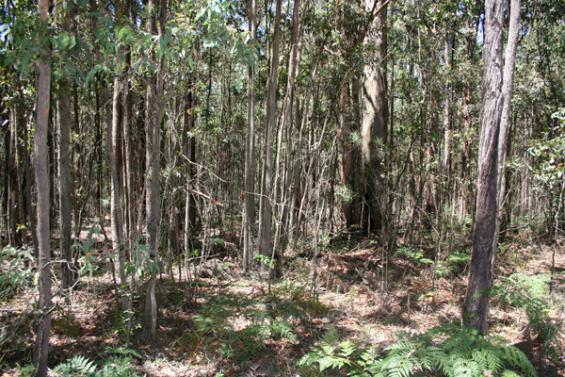 The aim of this project was to develop fuel assessment tools for use in fire behaviour models. It was led by Dr Peter Ellis of CSIRO with Dr Wendy Anderson of the University of New South Wales, Australian Defence Force Academy, and Dr Kevin Tolhurst of the University of Melbourne. Understanding fuel types is critical for the improved control of bushfires.

Initial work for this project focused on revising and improving a fuel classification system developed by David Sandberg and colleagues in the United States. This is a universal classification and hierarchical in structure, with the advantage of providing the necessary parameters for fire behaviour, smoke emission, ecological and other possible models regardless of the amount of detail known about fuels at any particular point in the landscape. The classification system was applied to the fuels in an experiment at Tumbarumba, NSW, in February 2004.

The project’s second component related to fuel consumption. This research aimed to predict the extent of fuel consumption under different fire, fuel and weather conditions so that fire behaviour and smoke emission models can be improved.

Initial research was undertaken in Tumbarumba, NSW, in February 2004, when a methodology was developed and initial results obtained. The high level of fuel moisture variability in coarse woody debris in natural forests is a significant problem for fuel consumption modelling. A significant difference in fuel moisture was found between woody material in contact with the ground and material suspended above it, suggesting that the modelling of fuel moisture and availability in natural forests is likely to be more complex than has been indicated by previously published research (predominantly relating to recently logged forest).

This project contributed to the Project Vesta field guide to fire in dry eucalypt forests.

Two postgraduate student projects based at the University of New South Wales, Australian Defence Force Academy, produced new knowledge in this area. Brendan Pippen’s identified factors affecting fire behaviour in heathland vegetation. Jennifer Hollis' looked at woody fuel consumption and fire intensity and is developing a field guide for fire managers.“The log and branch material on the ground can contribute to as much as 80 per cent of what is burnt in the bush,” said Hollis. “This research will allow fire and land management agencies to better predict the total fuel consumed in prescribed fires and wildfires and assist planning for expected fire behaviour, smoke emissions and the various impacts of the fire.”

Fuel Moisture and fuel dynamics in woodland and heathland vegetation