Over many years, experience showed that many people who died in bushfires across Australia perished when caught by fires on the road, whether in their cars or on foot. By the late 1990s, it was generally accepted by fire agencies that staying to defend a well-prepared home, or leaving for a safe place well before a fire threat appeared, were the two best survival options for a bushfire.

This led to the formal development of the Prepare, stay and defend your property or leave early policy, often shortened by the public and in the media as “stay or go”.

With the establishment of the Bushfire CRC in 2003, research led by Professor John Handmer at RMIT University was begun to test the anecdotal evidence underpinning “stay or go” as well as the legal and other implications of fire and other agencies giving advice on the policy to communities.

A key piece of work that underpinned the policy was the review by Dr Kat Haynes of 100 years of bushfire deaths in Australia to 2008. Dr Haynes found that most fatalities occurred in the open when victims fled the flames at the last moment, highlighting the fact that last minute evacuation was the highest risk strategy. The study indicated that most deaths in houses were due to inhabitants sheltering rather than actively defending. Women, children and the elderly were particularly vulnerable.

A review of the legal underpinning of this policy analysed the shift in risk and responsibility between the homeowner and the authorities. This legal analysis was an essential complement to the broader research project on this policy aimed at managers responsible for implementing the policy into practice.

“By developing an understanding of the underlying causes of vulnerability to bushfires, the research caninform strategic planning and policies that build the capacity of rural communities to cope with bushfires,” said Whittaker.

Francesca Harris-Spence’s PhD at the University of Adelaide lookedat how local communities and organisations plan for and manage bushfires. This research examinedtwo volunteer fire fighting brigades and their communities –  the first in the Adelaide Hills and the second in the hills suburbs to the east of Perth.

Mae Proudley’s postgraduate study focused on the January 2005 Wangary bushfire on the Lower Eyre Peninsula in South Australia. She looked at the bushfire experience from a domestic perspective by exploring, through face-to-face interviews, how families respond and recover from a severe bushfire.

The outputs of this project and numerous other related Bushfire CRC projects were compiled in the book Community Bushfire Safety. This important book was launched in 2008 at a high profile event to senior representatives of the fire and emergency management sector. It has a wealth of information for communities and fire agencies aiding in the transfer of social science research outputs into changes in community behaviour.

The February 2009 Victorian Black Saturday bushfires seriously challenged many of the assumptions behind the policy of staying and defending or leaving early. Of the 173 people who died, 113 perished inside their homes and a further 27 just outside them. Just 11 died in cars fleeing the fires with a further 10 dying on roadways, while many people successfully escaped approaching flames by car.

Among the findings of their research, they highlighted a  significant unawareness of the general fire risk, a lack of appreciation that 7 February 2009 was a day requiring a different approach due to the extreme conditions, and limited knowledge about what to do. Some people were dismissive of the risk. Many had limited capacity to undertake preparation and property defence.

“Although nearly half the [people who died] had a fire plan, these were of very variable quality,” they found. “Few fire plans were comprehensive, addressing all issues necessary to cope with the conditions experienced on the day. There appear to be few cases of [those who died] having a contingency plan for when their preferred course of action ceased to be viable. A significant proportion of [those who died] were taken by surprise by the fires. Others appeared to be waiting for an official warning before activating their plans. Many falsely assumed that they would receive a specific warning or that they could obtain help by calling 000.”

As a result of the research, the final report of the Royal Commission called for a revision of Victoria’s bushfire safety policy. And Bushfire CRC researchers aided AFAC in its new position paper Bushfires and Community Safety, published in September 2010.

Use and sharing of the Bushfire CRC’s first ebook, Making a bushfire plan? Involve you kids! is growing, with a number of organisations distributing and promoting the ebook when talking about making bushfire plans with communities.

Highlighting the breadth and depth of Australia’s national bushfire research program, two books were launched by the Bushfire CRC on 23 October in Melbourne.

The Bushfire CRC has produced an ebook for parents on how to talk to children about bushfire preparation and safety.

Professor John Handmer has been awarded the Bushfire CRC Special Recognition Award for 2010 for his timely research work in the wake of the Black Saturday bushfires.

Professor John Handmer has been awarded the Bushfire CRC Special Recognition Award for 2010 for his timely research work in the wake of the Black Saturday bushfires.

Staying to protect your home when a bushfire is approaching could also save your life, say fire experts, but you must be well prepared both physically and emotionally before making this life and death decision.

Vital decisions that could save lives and homes “Prepare, stay and defend or leave early” – a national briefing for journalists to launch new evidence supporting a controversial bushfire action policy developed by Australian bushfire agencies.

From tragedy - fire insights for other communities

Some of Australia’s leading bushfire scientists have arrived on the Eyre Peninsula to study last week’s tragic blaze. Their main focus is on fire behaviour, property damage and the contentious ‘stay or go’ issue. They will also produce a post-fire report which may be used in the ongoing investigation into the cause and ferocity of the fire.

Communicating uncertainty via probabilities: The case of weather forecasts
J. Handmer; B. Proudley
Community Bushfire Safety: A Review of Post-black Saturday Research
J. Whittaker; J. Handmer
Community safety during the 2009 Australian ‘Black Saturday’ bushfires: an analysis of household preparedness and response
J. Whittaker; K. Haynes; J. Handmer; J. McLennan
Evacuation powers of emergency workers and emergency- service organisations in Australia
E. Loh
Is staying at home the safest option during bushfires? Historical evidence for an Australian approach☆
J. Handmer; A. Tibbits
Legal risks of volunteer firefighters – how real are they?
E. Loh
Letter to the editors
Public response to wildfire: Is the Australian "stay and defend or leave early" approach an option for wildfire management in the United States
S. McCaffrey; A. Rhodes
Recognising Reality: Questioning the automatic evacuation reflex in wildfires.
J. Handmer
Stay and defend or leave early: policy problems and experiences during the 2003 Victorian bushfires.
J. Whittaker; A. Tibbits
The Victorian bushfires of 2002-03 and the politics of blame: A discourse analysis
J. Whittaker; G.N. Mercer 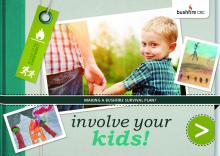