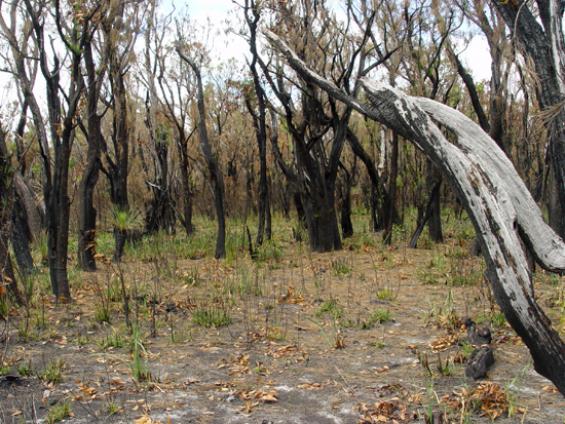 South-west Western Australia is one of the most fire-prone regions in the world due to the combination of a Mediterranean-type climate with hot dry summers and the presence of large areas of flammable native vegetation. It is also a biodiversity hotspot where the role of fire is key. Prescribed fire has been used extensively in forest landscapes since the 1960s to mitigate the impacts of bushfires on the community and on environmental values including biodiversity. The ecological implications of prescribed burning, however, remain contentious.

Bushfire CRC researchers Dr Lachie McCaw, a principle research scientist with the Western Australian Department of Environment and Conservation (DEC) and Dr Roy Wittkuhn,  a research scientist with the DEC,  set out toevaluate the resilience of plants, vertebrates, invertebrates and fungi to different fire interval sequences over the last 35 years in the Warren bioregion in the far south of south-west Western Australia.  Their aim was to guide the management of fire interval regimes for biodiversity conservation.

They used accurate fire history information to determine the impact of different fire interval sequences over the last 35 years on the composition and abundance of vascular plants, ground-dwelling invertebrates, vertebrates and macrofungi in the forests and shrublands of the region. This was achieved by using a space for time methodology that included extensive digitisation of hand drawn maps from historical fires.

Their research found that the forests and shrublands they investigated were more resilient to the effects of burning than may have been previously believed.

They surveyed species composition and the abundance of ants, beetles and vascular plants at all the sites. In addition, forest sites were surveyed for macrofungi and vertebrate fauna. Surveys for most groups were conducted over two years, and often twice in a single year to account for seasonal variation in species composition.

The study found that none of the groups displayed significant differences in species composition as a result of contrasting fire interval sequences in either forest or shrubland.  Thedata showed that varying fire intervals had no persistent effect on the richness and composition of biota associated with open forests and shrublands of the Warren bioregion, and demonstrated that these ecosystems are highly resilient to fire.

“The periodic occurrence of fire in these ecosystems from pre-human to more recent times is likely to have pre-conditioned the biota to persist across a range of fire intervals varying from long (at least 30 years) to short (less than five years) fire intervals,” said Dr Wittkuhn.  “This suggests that the variability that has occurred at the study sites makes an important contribution to observed resilience, whereas repeated short intervals over the longer term would likely lead to substantial ecological change.”

A DVD has been produced of the work done by Dr Wittkuhn and Dr McCaw and is available from the Bushfire CRC through the AFAC Shop. The research has also been captured in a teaching resource, Fire and the Environment, which is suitable for undergraduate students in environmental science, land management and geography.

The work of two University of Western Australia Phd students complemented this project.  Alison O’Donnell investigated the spatial and temporal dynamics of wildfire in the shrublands and woodlands of the Lake Johnston region in southern Western Australia, while Jaymie Norris looked at how fire intensity affects the microbes in the soil that make the forest productive.

Due to the tremendous variability of Australian forest types, there is still much to be learnt about the effects of fire on forest ecology. Research in the Western Australian jarrah forests goes some way towards redressing this knowledge gap.

Experts look at burning to reduce the fuel

The controversial issue of prescribed burning was examined at a special session of the 2009 Victorian Bushfires Royal Commission. Fire Australia (Winter 2010) reported on a rare meeting of minds and what it means for fire research.

Fire in the bluegums: a case study of a plantation fire in extreme fire weather

Since the early 1990s large areas of previously cleared agricultural land in higher rainfall regions of southern Australia have been afforested with plantations of Tasmanian bluegum (Eucalyptus globulus). Bluegum plantations have been primarily established for short rotation pulpwood production, although opportunities for growing sawlog plantations on longer rotations are also being explored. 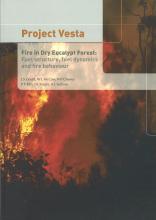 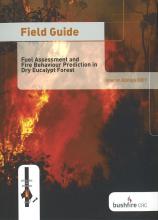 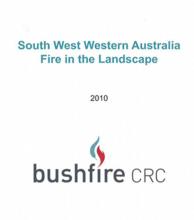