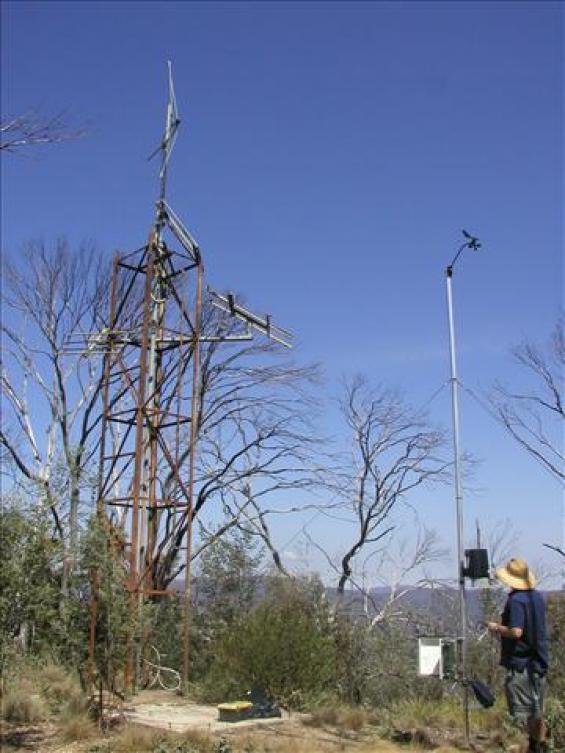 In September 2004, some fourteen months after the establishment of Australia’s Bushfire CRC, the then Prime Minister announced the allocation of an additional three million dollars for fire-related research in the high country regions of south-eastern NSW and north-eastern Victoria.

The funding was provided to address some of the key issues identified by the House of Representatives Inquiry into the 2003 Bushfires (Nairn, G. et al. 2003, A Nation Charred: Inquiry into the Recent Australian Bushfires. Parliament of the Commonwealth of Australia).

The first research task was to identify the critical scientific issues that needed improved understanding if fires in these areas were to be better managed. A multidisciplinary project was designed to address a range of issues within the fields of ecology, risk management and social science.

The project has now built a scientific evidence-base that is improving our current understanding of the effects of bushfire in the high country and the effects and effectiveness of fuel management practices. The project’s focus includes:

Several processes are known to influence fire behaviour in mountainous regions, ultimately determining the size of a bushfire and the level of risk to assets. These processes include the interaction of terrain features, climatic conditions and local weather patterns.

Although the same processes influence fire behaviour elsewhere, understanding the unique nature of the interactions in the high country is considered to be the key to better management of fires in these areas. 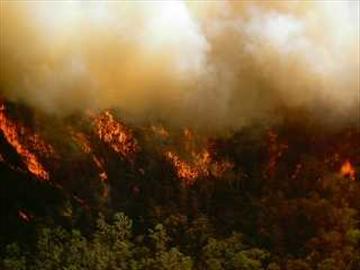 Issues currently under examination include:

The interaction of wind with complex terrain, with implications for fire behaviour;

The role of terrain ruggedness as both an initiator and a limiter of fire;

The relationship between the age classes of fuel and risk of a major fire.

As part of the project portable automatic weather stations are being used to examine weather patterns in a range of high country terrains. Portable automatic weather stations have been deployed at 20 locations in the ACT and NSW – in Brindabella and Namadgi National Parks, Tidbinbilla Nature Reserve and the Bimberi Wilderness. These stations are providing continuous monitoring of high country weather characteristics. Preliminary results indicate that a number of processes can have a significant effect on fire weather in the high country. 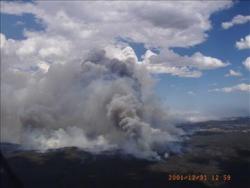 The project is also analysing data from the 2003 bushfires to assess some of the fire behaviour experienced and to help characterise the impact of landscape features.

Early results suggest interesting relationships between terrain features, the type of fire ignition and characteristics of extreme fire behaviour. Analysing and quantifying these relationships will contribute to the better management of bushfire risk and improved safety of people and property.

Rick McRae is a Team Leader at the ACT Emergency Services Agency. He is leading the Bushfire CRC project Managing the Risk of Fire in the High Country, as part of the broader HighFire Project, with Professor Rod Weber and Dr Jason Sharples from the University of New South Wales at the Australian Defence Force Academy.

ARE YOU READY FOR FIRE IN THE MOUNTAINS?

You are a key player in an alpine Incident Management Team…

Q1: It is clear and still in a mountain valley at midnight - where might the highest flame heights be?

Q2: What does a lenticularis cloud indicate?

Q3: You are looking at a large wildfire through an airborne infrared imager. Can you name three things that might look much hotter than the surroundings?

Q4: How often do lee-slope eddies form just on the lee of a main ridge top?

Q6: You've just received a report of multiple lightning ignitions from a dry thunderstorm passing over the ranges. Where are these ignitions most likely to occur?

A1: You can expect a cooling with increasing elevation due to the adiabatic lapse rate. But the coolest ridge tops produce a drainage flow of the air that cools on contact with the ground. This cooler air is denser and flows down slope. It pools in the low points of the terrain, forming a drainage inversion, which can be colder than the ridge tops. The mid-slopes, just above the inversion are to some extent warmed by turbulent mixing with the free air. Thus the warmest sites are generally part way up the spurs - say 200m above the valley floor in a major valley. As part of the process the spurs also experience lower relative humidity and some erratic breezes due to turbulence. This produces the highest fire danger and the greatest flame heights (assuming fuels are the same). The research project is developing a process model to predict the evolution of these patterns after sunset. Many crews tasked with overnight burning in rugged areas have been surprised by the unexpected severity of their fire on the mid-slopes. The research aims to prevent these surprises.

A2: A lenticularis cloud (a ‘standing altocumulus lenticularis’, or informally a ‘lennie’) occurs when air flows over a mountain range and it has to rise and cool at first and then descends and warms. This ‘wave’ can extend upwards for some kilometres. Lower flows can be turbulent and complex, but upper flows are smooth and streamlined. If the upper air flows reach their condensation level during the ascending phase a cloud forms in the crest of the wave. These take on a smooth, lens-shaped (lenticular) profile. While the cloud is stationary, individual cloud elements move rapidly through it and eventually disappear as they descend below the condensation level. In satellite images Lennies often extend along the entire upwind edge of a main range, and sometimes multiple, parallel bands of lennies occur downwind. The main thing indicated by lennies is the presence of significant vertical motion in the atmosphere. Under some circumstances this may contribute to instability and fire spotting potential.

A3: You get a clear view of flames - they obviously are the brightest feature on the landscape in infrared. A dense smoke plume will have little impact on your ability to see fire in IR. However, if a cloud forms in the plume - a pyro-cumulus or pyro-cu - it will both block and reflect the IR signal. The cloud bases and edges may appear as the brightest features in some circumstances. The biggest surprise you might experience is the reflection off high-level lenticularis clouds, which are mostly composed of ice crystals and are highly reflective.

A4: Project research suggests that on upper slopes a simple lee eddy system is the dominant wind pattern, particularly when winds exceed 20km/hr. Consider a north-south oriented ridge and think about readings from an automatic weather station placed near the top of the east-facing aspect - say, 100-200m east of the ridge-top. The research suggests that when stronger bulk winds with a westerly component are forced over the ridge, there is a high probability (> 85 percent) that a lee-slope eddy will form. Within the eddy the surface winds will have an easterly component.  A similar effect will be seen on west-facing aspects during easterly bulk winds. Particular features of the terrain can produce local variations to the eddy flow, as can dynamic channelling and the effects of local temperature gradients.

A5: Assuming a dry adiabatic lapse rate only, you can use a rule-of-thumb that the relative humidity doubles for every additional 1200m of elevation. This would give you an answer of 48 percent (that is, 30 percent times two raised to the power of 800m/1200m). However, research has identified a series of processes that can alter this expectation. If there is a foehn wind underway, the wind rising to get over the range can lose moisture through precipitation, and will therefore be drier as it descends the lee side of the range. If 30 percent is the dried air reading, then you might find higher relative humidity on the ridge-top, where it might still be drizzling - say 90 percent or more. Alternatively there might be a subsidence inversion in place. When this is the case, higher parts of the landscape can protrude through the inversion into the drier air above it. Dew point temperatures as low as -30°C can occur - in which case the relative humidity on the ridge top might be very low (readings as low as 4 percent have been recorded). Finally if there is dry air aloft, it can be brought to the surface through mixing induced by vertical air motion. This might occur due to the convection in the plume of a vigorous fire, mountain wind waves (as evidenced by lennies overhead) or low level-jet winds. To successfully operate in complex terrain, the research has found that awareness of these processes is essential.

A6: Driving along a road on the valley floor, it is easy to form the opinion that lightning ignitions occur on the ridge tops. In fact the research has found that they occur off the main ridgelines. Imagine a line drawn over the terrain that goes up and down to pass through any saddle points on the main ranges or on the side spurs. This will get you close to the mark. The steeper or more rugged the overall terrain around this line, the more likely a lightning ignition is. Thus a lightning ignition swarm tends to follow the spine of the rugged terrain. This means that fires of this type may get a steep uphill run for some hundreds of metres before having to back down off the ridge. However, it also means most fires of this type will be on inaccessible terrain, requiring a long, difficult walk or a helicopter flight to a bush helipad, prepared in advance by specialised rappel crews.