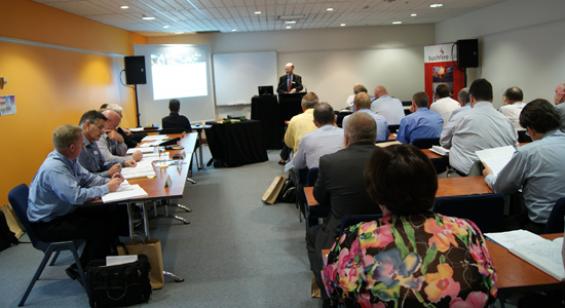 More than $120 million in cash and kind had been spent on bushfire research in the first seven years of the CRC’s existence, Mr Foster told around 30 representatives of Bushfire CRC partners from around Australia and New Zealand at the meeting, hosted by the University of Sydney at the Australian Technology Park.

The Bushfire CRC’s three-year extension – which began on 1 July 2010 -- provided a breathing space to ensure there would be ongoing research after 2013, in the form of the Australasian Fire Research Institute, in to which the CRC would evolve.

The proposed institute model had been endorsed in principal by the industry and a range of tertiary providers, Mr Foster said. The model featured a Victoria-based hub with spokes to centres throughout Australia and New Zealand.

Following the formal annual meeting, which among other matters approved a new constitution taking into account changes associated with the three-year extension, CRC staff, stakeholders and several new research students gave presentations on their work and other CRC activities.

Speakers included Bushfire CRC director and researcher Professor Mark Adams, Dean of the Faculty of Agriculture at  the University of Sydney,  who welcomed everyone at the start of proceedings.