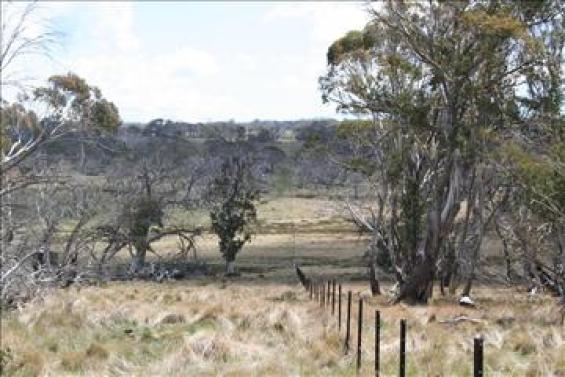 The mysteries of climate change are being explored across the high plains and mountain forests of Australia through a study trying to unravel the complex interaction among water yield, fire, drought and long term changes in climate.

In recent months measuring equipment has been set up on sites in Victoria, New South Wales and the Australian Capital Territory to continuously measure – 24 hours a day, seven days a week, 365 days a year – the smallest changes in water and carbon in a host of ecosystems.

The sites for this Bushfire Cooperative Research Centre study are at the headwaters of the major river systems of the Murray-Darling and Snowy rivers – on the Bogong and Dargo High Plains in Victoria and the Snowy Plains in New South Wales and on the alpine woodlands and montane forests that cloak the sides of the high country. 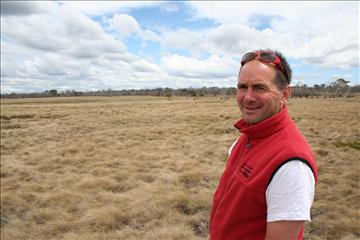 Recent fires highlight the need for long-term studies of carbon and water flows in the high country, said lead researcher Professor Mark Adams, from the University of New South Wales.  “For example, the 2003 fires burnt much of the Dargo and Bogong plains but not the Snowy. Those fires have immediate and longer-term impacts on both water yield and greenhouse gas emissions in these high elevation grasslands that we are only just beginning to appreciate.

“Loss of carbon to the atmosphere during the fire is only one element of the whole equation – enhanced soil temperatures may persist for several years and increase carbon losses.  Water fluxes are also strongly regulated by the type of vegetation as well as the amount of vegetation cover,” said Professor Adams.

“Fires may well be essential to maintaining the grasslands and preventing shrub encroachment.  However, unless we quantify any changes in vegetation, as well as the knock-on effects on water, carbon and fuel loads, then we are left with guesswork and supposition. Our aim is to provide quantitative data that will be of benefit to a wide range of other scientists, land management agencies and policy makers”.

Measuring the carbon and water

The project has set up ‘flux towers’ that continuously measure the exchanges of water and carbon dioxide between the vegetation and the atmosphere.

“These instruments do a number of things,” said Professor Adams. “They allow us to monitor the impacts of climate change on the amount of water and carbon across a vast area of our country. They help us to check the validity of many of our measurements done on a much smaller scale. And they bring the Australian high country into national and international networks of similar facilities and scientists, all devoted to examining the impacts of climate change.”

“Perhaps most importantly, we can now measure at an appropriate scale the amounts of water lost to the atmosphere. This enables us to better understand how climate (especially temperature and rainfall) regulates water yield from the high country into the Murray-Darling and major rivers such as the Snowy and others that flow into Gippsland.

“Similarly, increases of carbon dioxide in the atmosphere are a significant part of our annual carbon budget and the impacts of rising temperatures on soil and plant carbon are only just beginning to be understood.

“These study sites are greatly enhancing our national research capability in the area of quantifying the impact of climate change.”

The role of fire and water

The current drought and the spectre of a changing climate have highlighted the essential role provided by the montane forests of the high country to the rest of inland south-east Australia, as well as to local mountain communities.  Water and power (driven by water) from the high country feeds cities, agriculture and the economies of much of Australia. Areas that receive snowfall are critically important as snowmelt currently provides one of the key ‘insurances’ for water managers – an insurance that almost completely failed in 2006.

Fire too poses a major threat to the security of water from this region yet Professor Adams believes this threat remains poorly understood relative to other areas.

“Unchecked bushfires create large-scale forest regeneration that uses more water than the mature forests they replaced.  Already, the 2003 fires will greatly reduce flows for the next 20-30 years in the Kiewa River, a major tributary of the Murray. Fires in October 2006 in the Kosciusko National Park have highlighted yet again the vulnerability of forests and the water they yield to bushfire.

“This research is part of the only integrated effort to understand the impacts of land management policies, climate and fire on water yield from the high country,” said Professor Adams.

This research is part of a suite of projects in the high country, called the High Fire project, being undertaken by researchers in the Bushfire CRC. The broader research program involves many other agencies including CSIRO, the University of New South Wales, the University of Melbourne, Monash University, utilities company ACTEW-AGL and several international partners from Germany and the USA.

In the alpine fires that stretched across Victoria, New South Wales and the Australian Capital Territory in January 2003, four people died, more than 551 houses were destroyed and almost two million hectares of land was burnt. Those fires were the trigger for the creation of the High Fire project.

They also generated more debate about how best to manage alpine land, how to understand the role of fire, and how to prepare and educate communities.

High Fire also has social research that is providing an understanding of community experiences and attitudes on fire management in the high country. This research is looking at how fire and land agencies and communities manage the risks involved with both prescribed burning and with bushfires.

Led by Prof John Handmer from RMIT University, the Living with Fire component of the project has been active in local communities this summer in Victoria and New South Wales documenting local experiences of fire in the high country. The Management of Bushfire Risk component of the project is led by Rick McRae of the ACT Emergency Services Authority and Prof Rod Weber of the Australian Defence Force Academy at the University of New South Wales.