Firefighters and the human factor

Investigations into accidents or near miss events on the fireground mostly focus on finding out the details of what happened, with relatively little consideration given to the thoughts and mental processes driving the firefighters’ decisions.

Rather than seeing this as a failing of the fire agencies, we suggest that this has been due to a lack of appropriate methodologies and expertise being available to agencies. Until 1977, the same observation could have been made of the aviation industry. In that year, 583 passengers were killed when two 747 planes collided on the runway at Tenerife in the Canary Islands. This incident more so than any other highlighted human decision making and human error as critical to safety in such high risk workplaces. No amount of engineering and redundancy being built into safety systems could remove the effects of human error. 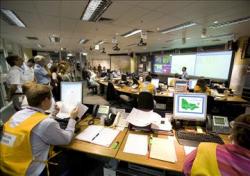 In response to this accident and other similar accidents that cost lives, the aviation industry poured billions of dollars into research investigating the ‘“human factors’” underlying pilot communication, situation awareness and decision making in the cockpit. Pilot training incorporated these research findings and became known as Crew Resource Management, an industry leader in understanding the way humans react in such time-pressured and safety-critical workplaces.

Like the aviation industry, firefighting, despite heavy reliance on fire prediction, hazard models, fire control and suppression technologies, is ultimately a human activity. It requires individual firefighters to form risk assessments under time-pressure and initiate courses of action. In such dynamic, uncertain and inherently unsafe environments accidents and mishaps are bound to occur. Presently little is known about the ‘human factor’ in firefighting.

Once potential human factors issues were identified at real fires, these issues were investigated under controlled laboratory conditions using the fire incident simulator, Networked Fire Chief (NFC). (While results of NFC experiments will not be discussed in this article, more information can be provided by the researchers).

Over the period of the 2003-2006 fire seasons the Safe Behaviour and Decision Making project team travelled to fires in Victoria and New South Wales to conduct firefighter interviews. Interviews were conducted with any firefighter who had decision making responsibilities at the fire, and ranged from Crew Leaders right up to Incident Management Team members. 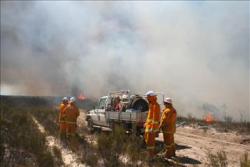 As we wanted to conduct the interviews as soon as possible after a shift (so that recollections were as accurate as possible), the interview team were often found ‘grovelling’ to potential participants on the fireground just prior to shift changeovers. Interviews were conducted in any setting that afforded relative privacy and anonymity including officers’ four-wheel drive vehicles, sheep shearing sheds, and the back of a bulldozer.

From the interviews analysed we have established a list of approximately 20 individual and 10 small group human factors issues that appear to be relevant to safety on the fireground. Firefighters might consider these suggestions as ways to begin to counter such tendencies. A series of workshops involving researchers and agency representatives are planned for the middle of this year to further explore these issues and their implications for fire agencies. It is expected that these Bushfire CRC workshops will provide impetus for agencies to incorporate these findings into training and/or operational guidelines.

Let’s take a look at one issue in a bit more detail. When exploring issues concerned with decision making on the fireground, mental overload was often mentioned by firefighters in the interview data. The human brain is restricted in the amount of information it can remember and work with in the short-term (often referred to as “working memory”). 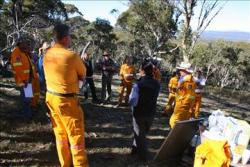 From our interview data, not only did interviewees talk about difficulties in remembering or recalling information, but it also became apparent that they were undertaking too many activities simultaneously. For example some interviewees talked about driving vehicles while assuming positions of command (an activity usually discouraged by fire agencies). This meant they were being overwhelmed by trying to attend to radios, issue commands to crew members, and develop situation awareness of fire activity while also driving their vehicles.

From our previous experience in research in emergency management settings, we identified a bias in human decision making towards micro-management, which further compounds this problem. In other words under pressure people prefer to exert control over their environment by taking on extra responsibility themselves….even if they are taking on too much. In fact we would argue that human beings are inherently poor at estimating when they are becoming mentally overloaded.

This is why we stress that firefighters try to manage their own workload by adopting a number of measures. For example one possible strategy is to use simple decision aids such as mud maps and log books where practicable. The idea here is to remove the information from your head where it is at risk of being forgotten and to put it into the physical world (a note on a paper) where it is less easily forgotten (for anybody who has seen the Hollywood film Momento, this is perfectly illustrated as the main character who suffers from amnesia tattoos important information onto his body!). Other strategies include relegating less important tasks to subordinates and (particularly for sector commanders) recruiting a scribe to take down details that are important to remember later.

In reporting such a list of how firefighters get things wrong, we may inadvertently be giving the impression that firefighters’ decision making is below par.  On the contrary, from our perspective as human factors psychologists we find it impressive the extent to which firefighters are able to make good decisions under such chaotic conditions. The issues that have emerged from the interview data relate to what we consider to be hard-wired failings or “error traps” of human cognition. In other words, these errors or traps are the result of the way the human brain has evolved over thousands of years and the way the mind naturally deals with complexity and uncertainty.

Fire fighters need to be aware of their decision making processes and limitations and to manage this aspect of themselves as well as managing the incident. At the agency level it was recommended that a human factors approach be built into accident and near miss reporting and that efforts to learn from serious accidents be separated from efforts to determine responsibility for such accidents. Firefighter training should incorporate knowledge about human behaviour and decision making processes as well as fire behaviour.

(This article is based on a presentation at the QFRS Volunteers’ Conference by Glenn Elliott in April 2008, and first appeared in the Winter 2008 issue of Fire Australia magazine)