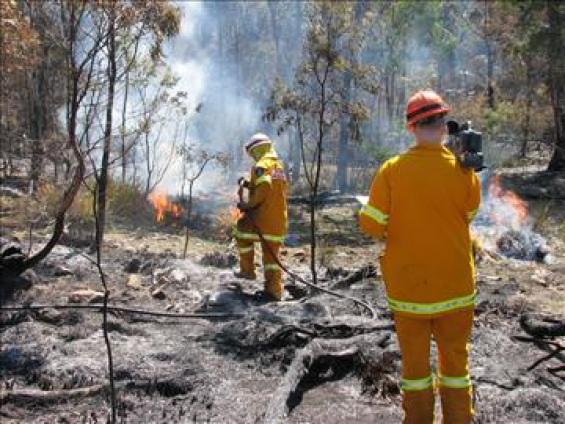 For vegetation fires, what activities does a volunteer tanker-based firefighter do in an average day’s work?

How far do they walk?

What kind of load or stress does the work place on the firefighter’s body?

How fit do they need to be to do these tasks?

These are some of the questions that are the focus of the study being undertaken by Bushfire CRC researchers Dr Brad Aisbett and PhD student Matthew Phillips from Deakin University, assisted by the Tasmania Fire Service (TFS), Tasmania Parks and Wildlife Service and Forestry Tasmania.

In October 2008, several volunteer firefighters from the TFS were “wired up” with a heart monitor and GPS tracker at the start of their work shifts on wildfires near Orford and Grove and a planned fire at Ansons Bay. The volunteers were also shadowed during their shift by a research assistant recording their every movement with a video camera. It must have made them feel a bit self-conscious; however, the researchers were not there to spy on the volunteers’ work quality. They wanted to categorise the work into defined tasks, including, for example, on the end of a branch, pump operation and rake hoeing. This was then related to heart rate and movement to these work tasks. 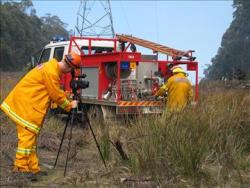 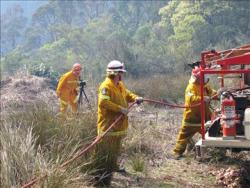 This research is ground breaking work that will give a much better understanding of the physiological demands placed on volunteer firefighters. The unique part of the research is the linking of video footage with heart rate and movement data. 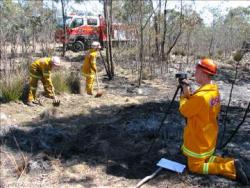 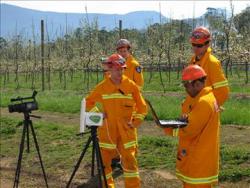 The project was a logistical challenge for the Tasmanian agencies. Coordinating researchers, firefighters and actual fires took some organising. The research assistants were mostly young undergraduate students with little or no bushfire experience and ensuring their safety was an issue. Senior Station Officer Neil Brooksbank provided them with basic fire training and undertook most of the coordinating tasks.

Many thanks to all people that assisted with this important research, particularly the TFS volunteers and staff and the fire crew from the Parks and Wildlife Service.

(This article first appeared in the Spring 2009 issue of Fire Australia magazine. Photos from Adrian Pyrke and Steve Summers of Tasmania Parks and Wildlife Service) 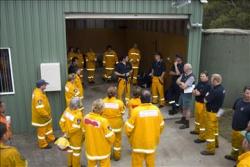 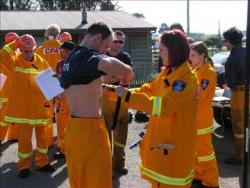