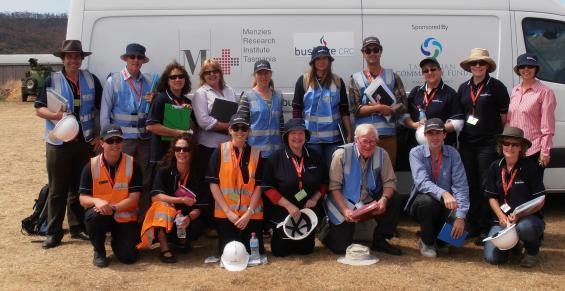 The Tasmania Fire Service has asked the Bushfire Cooperative Research Centre (Bushfire CRC) to assemble an independent research Task Force to focus on how people have responded to pre-bushfire season advice about community preparedness and how they have responded to emergencies.

The researchers will begin their work in the fire-affected areas on Monday afternoon (14 January) for an initial period of two weeks. Researchers have been sourced from Bushfire CRC partners – the universities of Tasmania, La Trobe, Murdoch, RMIT and Western Australia.

Researchers will talk directly with residents about their experiences with the bushfire, focussing on their knowledge of their bushfire risk, preparations before the bushfire and their actions on the day. Efforts to control the fires will be unaffected.

Also of interest are the experiences of tourists. A high number of tourists were in the area at the time of the bushfire and researchers would like to speak with as many as possible. Tourists are encouraged to register their contact details with the Bushfire CRC by emailing info@bushfirecrc.com or phoning (03) 9412 9600.

Bushfire CRC CEO Gary Morgan said the research was of national significance. “The data collected will help inform future public policy not just in Tasmania, but around Australia and New Zealand. I would encourage both local communities and tourists to cooperate in any way they can.